From Sizzler to Golden Fleece: Remembering Australia’s most iconic restaurants 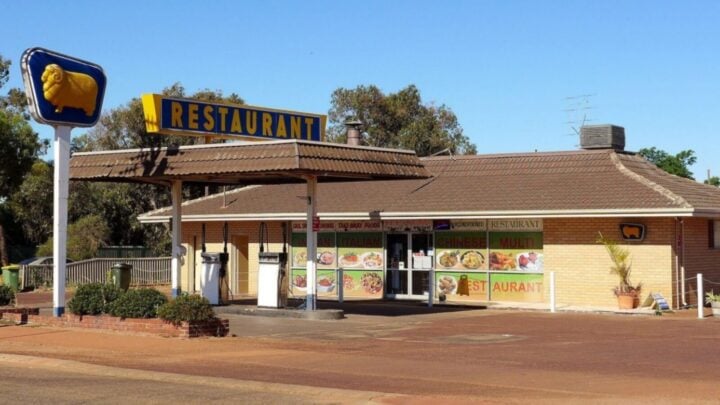 Enjoy these popular restaurants from the past! Source: Facebook/Australia Remember When.

Last week was a sad week for foodies everywhere as the iconic restaurant chain Sizzler decided to close its doors after 35 long years. The beloved buffet dining restaurant will finally shut up shop on November 15 as it closes its nine remaining stores across the country.

Despite being known at one point as one of the country’s most popular family picks, the brand was hit hard by the Covid-19 pandemic and was forced to shut down in response to its slow recovery.

So, as yet another classic restaurant shuts its doors, it’s time to take a walk down memory lane to remember the best old dining options Aussies used to loved back in the day.

These popular roadhouses were once all the rage around the country – particularly for families who were on the road travelling through regional Australia. A quick pit stop into a Golden Fleece meant filling both the car and your belly up at the same time.

After a day of being squished in the back seat, there was usually nothing more exciting for a kid in the 1960s than to see that iconic golden ram out the car window which usually meant they were in for a treat. This was often something along the lines of a pie with chips and a cold coke to fight the lack of air conditioning in the car!

This classic fish ‘n’ chippery was Australia’s first ever seafood shop and was previously one of the most well-known seafood franchises out there. While it was once a household name in multiple states, it has since disappeared across the country – except for South Australia where it still has 14 locations.

Although Pizza Hut is still in business, the number of stores across the country has shot down quite significantly. But that doesn’t mean the memory of its prime isn’t still fresh in people’s minds such as Starts at 60 blogger Edna who remembered Pizza Hut’s beloved “all you can eat” buffet fondly.

“There were candles on the red and white checked plastic table clothes and every possible combination of pizza you could think of,” she wrote. “When being wooed, a bottle of Rose went well with the pizza. Was it Mateus Rose in an oval shaped bottle? Very romantic when I was 17 and earning $66 per week.”

Meanwhile, its biggest competitor at the time, Pizza Haven, was forced to shut its doors in the 2000’s when it was bought out by Eagle Boys. Not soon after that, Eagle Boys was bought by Pizza Hut which essentially completed the full pizza circle.

Denny’s was a perfect example of a chain that boomed in the United States and Canada but tanked when it moved Down Under. The company opened restaurants all over the country but things quickly went down hill.

The chain was then sold to a Canadian-owned company and rebranded to be The Keg. Similarly however, after an initial successful run, the chain disappeared just like its predecessor.

Do you remember these restaurants? Which is your favourite?