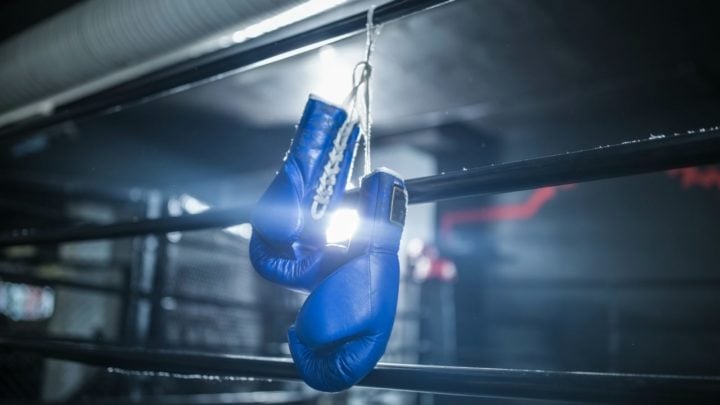 Noel Whittaker's firmly in the blue corner with ASFA when it comes to the outlook for retirement incomes. Source: Getty

How much money do you need to retire? There is a spate of media releases flying around on this topic, and it depends who you believe.

In the red corner we have the left-leaning Grattan Institute, which for years has been claiming that the superannuation industry is running a scare campaign to get more funds under management. Just last month Grattan Institute CEO John Daley alleged, “The financial services industry ‘fear factory’ encourages Australians to worry unnecessarily about whether they’ll have enough money in retirement”.

If we can believe Grattan, retirees can spend conservatively in retirement, secure in the knowledge that the Age Pension will always be there at its present generous levels. Based on this assumption, they are calling for no further increases in compulsory employer superannuation.

In the blue corner we have the Association of Super Funds of Australia (ASFA), which has been doing detailed modelling on the actual costs of living in retirement for years. Their findings for annual expenses are in the table below.

ASFA has even gone to the trouble of producing a separate website called Super Guru, which contains a retirement tracker calculator that enables you to drill down and ponder what standard of living you might want or be able to achieve in retirement. Numbers are based on your current superannuation balance, compulsory contributions and any voluntary contributions you might make.

Obviously, there is no simple answer here, because how much you need depends on a wide range of factors that include how long you live, the state of your health, the rate of inflation, how much you earn on your portfolio, and the amount you choose to spend on dining out and travel.

You will have to make your own assessment of what the future holds, but I am firmly in the blue corner with ASFA. The whole basis of the Grattan Institute’s position is the assumption that our Age Pension system can be maintained at its present level.

For this to be true, the level of increase in the pension would need to stay at average weekly earnings, currently around 4 percent per annum. On that basis, in just 20 years the pension for a couple would be $78,000 a year.

It also requires governments to speedily return the budget to surplus, and keep it in surplus so as to accommodate the growing needs of a population that is living longer and longer. Given that Peter Costello and Paul Keating were the last treasurers to run a budget surplus, this is surely an optimistic assumption. Especially when Australia is currently borrowing $1 billion a month to pay its way.

Keep in mind that the concept of an age pension is now regarded by all political parties as welfare – no longer as a right. As the years go by, eligibility for a pension has been increasingly tightened, and I believe the widening of the Pension Loans Scheme, which will take effect from July 1,  is the first step in turning the pension into a concept that is similar to a HECS debt.

It would not be unreasonable, as government budgets tighten in the future, to hear questions like, “Why should a single person with almost half a million dollars in superannuation be entitled to welfare?”.

It’s your choice. Either you believe that future governments will become increasingly prudent and spend less than they earn, or that they will continue to spend willy nilly and keep pushing us into debt. I am of the second view, which is why I urge you to look ahead to retirement as early as possible and add in some extra funds, while compounding has time to work its magic in your favour.