‘Why the smell of a cigarette makes me happy’ 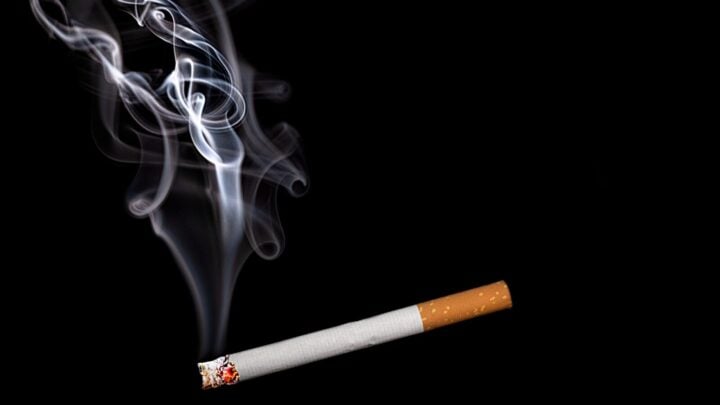 Mary finds the smell of cigarettes comforting. But why? Source: Getty Images

For all the non-smokers, I understand and am with you. I don’t like smoking. I have never smoked. Yet there’s something about the smell of cigarette smoke that is very comforting to me. It reminds me of my mother.

Mum was an incessant smoker. She had six kids to navigate and having no husband, a cigarette was one of her best friends. Whenever there was a problem, and there were many, she would light up her cigarette and puff away. She puffed in the kitchen, puffed in the living room, and I’m sure she probably puffed in bed trying to figure out how she was going to keep the family going with limited funds before falling asleep.

There were ashtrays in every room. I didn’t think much about it then because I was usually outside playing tag, hide and seek, or flexing my athletic skills at the grammar school playground. However, when I got home, that blue grey smoke would always be curling toward the ceiling, reminding me that she was around, and doing the best that she could.

Once, we almost got into an accident because she was trying to put out her cigarette as she entered a busy intersection. The butt landed on the floor boards, and the next thing I knew, she was slamming on the brakes, trying to avoid a collision. I don’t think that stopped her from smoking in the car, but I’m sure she exhibited a bit more caution after that.

Eventually my mother was in a pretty severe car accident when I was 12, and she was laid up for nine months in a body cast. I know that did not stop her from smoking. In fact, I’ll bet her smoking escalated since she couldn’t do much beyond trying to recuperate.

When Mum remarried in the mid-1970s, her new husband managed to get her to stop smoking. I’m sure she had many nights of insomnia as she attempted to quit this lifelong habit. Eventually though, lung cancer caught up with her, even though she hadn’t smoked for 20 years. Cancer is funny that way. It always waits until you’re not looking before it rears its ugly head.

My love-hate relationship with smoking continues today. Although I dislike smokers, I catch myself taking a quick whiff of someone’s cigarette if I have the opportunity to do so. At least on some level, it makes me feel like my mother might still be with me.

Is there a smell that reminds you of someone special? Tell us about it.