‘Visitations from the other side: My series of unexplained events’ 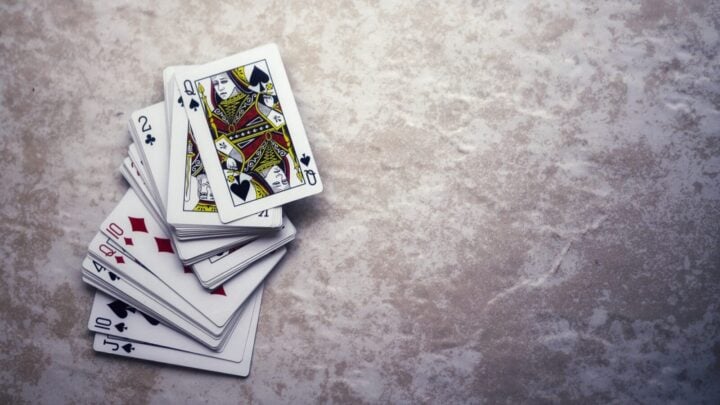 A deck of cards that moved without explanation is just one of the signs Mary has been exposed to over the years. Source: Getty Images

As I’ve aged, I have lost many loved ones. Their absences have been very upsetting for me, but I’ve also noticed unusual things have happened with their departures.

Have you ever had a visitation from the other side? You know, those who have passed before you doing something unusual? Maybe they’ve messed with your electricity. Perhaps the lights in your home have flickered? Maybe a precious object has been was moved?

There are a few unusual things that have happened to me. Most recently, I lost a good friend of mine from my improv class. He was brilliant, creative, and funny. His wife claimed he came to visit her in a dream, unsure if he should transition to the other side, or stay in his limbo state. In our conversation, I asked her to tell him to come and visit me as well.

Recently, when I got up to do my usual writing, I noticed my computer keyboard cover was missing. It’s a thin plastic sheet that protects my laptop from random spills of coffee, food particles, and occasional insect droppings.

I have no idea where it is. It’s not on the floor. It’s not behind my desk. It’s not in the garbage bin. It’s not in my pile of papers that litter my desk. I think my pal has moved it. I am laughing, because it is something that he would probably do, since he was a gifted writer and a comic, and I had asked him to make his presence known.

About nine years ago, my partner’s stepfather Claude passed away. When we went out to visit his wife Dorothy, I thought I should try communicating with him. He and I loved to play gin, so I laid out a deck of cards on the table for him.

Along with a cross that mysteriously fell on the floor, the deck of cards had been moved the following morning. Who could have moved them? There was no stiff breeze in the apartment. They don’t have earthquakes in Phoenix. I think he was playing a prank on me and letting me know that he was okay.

About 10 years ago in Los Angeles, we had a very expensive cologne bottle that continued to move in our upstairs bedroom. It was my deceased cousin’s favourite brand of cologne, and there was no explanation for its movement along our bureau.

There were several perfume bottles on the bureau that were lighter, but for some reason this one was the only one that continued to move. It was like an obedient soldier the way it would move up a few inches, and then tilt itself diagonally. We didn’t actually see it move, but every few days we noticed that it had changed its position. We accepted it was my cousin playing a prank on us. There was no other explanation.

About eight years ago, my friend Penny lost her husband. Willie was a wonderful man, very generous, kind, and helpful. After he passed away, I asked him to come and visit me. About a week later, I was in the car and the radio suddenly changed to a Blues station. Willie loved the Blues. I have no idea how to explain it, but I believe he was trying to communicate with me to let me know that he was okay.

One morning in 2016, I was on the phone with my twin sister. Teresa and I used to converse every Friday morning, for about 15 or 20 minutes. We were talking about our upcoming family reunion, which unfortunately did not include my older sister Lynn, who had died a few months before.

Suddenly, my mobile phone started to play an Elvis Presley tune. I rarely listened to music on my phone. It was one of my sister’s favourite songs, which we had played during her Celebration of Life service. I have no idea why that song began, except that I believe it was my older sister trying to be included in on our conversation, since she wouldn’t be able to attend our reunion.

A few days before my mother died, a lamp started flickering in her living room. I checked the light socket, the bulb and the electrical plug and everything seem to be in working order. The next day, the hospice nurses told me that sometimes people who are passing can communicate through electricity. This was my first encounter with the near dead trying to contact me. It was a little upsetting for me at the time, but the more I thought about it, the more it made sense.

Do those who are experiencing death have a special form of energy that intercepts our physical world? How do you explain things like this? Where is my computer keyboard cover? Why did the my mobile phone start playing music? How do you account for a heavy cologne bottle moving along my bureau? Why did the music station change in my car? And how do you explain the lights flickering in my mother’s home?

Have you ever had a visitation from the other side? Please share your stories.