‘Two Old Ducks: The making of a beautiful friendship’ 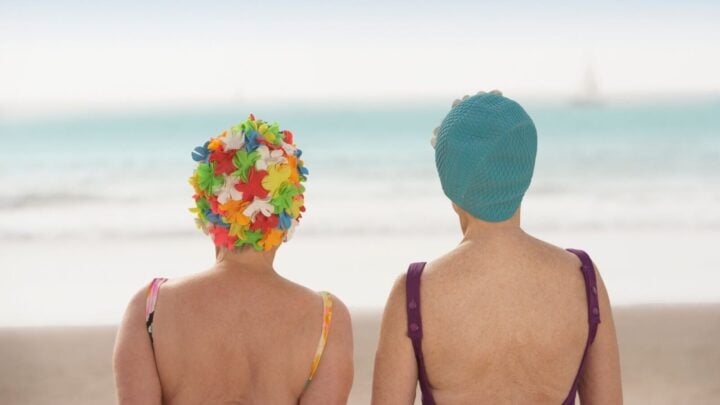 What began as an association through a mutual online ‘bloggers’ website, has become something so much more. Source: Getty Images

In May of 2018, after two bouts of breast cancer (2014 and 2015), I made the decision to have my ultimate overseas experience. I used funds from the remains of my meagre superannuation fund and booked a holiday. First, I would fly from Brisbane, Queensland to stay in Brussels, Belgium for a week. I had a friend there who would pick me up from the airport, take me to the hotel I’d booked, and show me a little of the city and it’s surrounds.

I’d started to plan this holiday in December of the previous year, and sometime during the ensuing months I contacted my friend Susan. She lives in northern France and I asked her if there was any chance, we could actually meet. She agreed. I was thrilled.

It was at least a three-hour drive for her, in quite an old car. She was in in her mid ’70s, travelling on her own, on roads she hadn’t probably traversed before.

The day finally arrived and there she was at my hotel. She’d had an interesting trip, having got lost when entering Brussels and sought the help of a friendly gendarme and a number of others. We recognised each other immediately. Susan was taller than I imagined, but of slim build (as I knew should be), with fine facial features and lovely bone structure. As she and I have since concurred, it was like meeting up again with an old friend.

We went to my room where I made some crusty bread and cheese for her (I offered her a glass of wine but she stuck with her flask of tea), and our conversation began. Susan had an uncanny knack of asking searching questions without making me feel she was being intrusive. In two hours, I found myself telling her so much about my life (and all its trials and tribulations).

I learned that, only six months or so earlier, she had lost her long-time partner, Pierrot. She had two dogs, Lili and Petit Pat, and two cats Maxou and Shibbie, and lived alone in a house adjacent to the house Pierrot had lived in.

She said her daughter, Louise, and her husband crossed over (or under) the channel to France to stay the weekend and be there for her pets while she went on the day-trip to Brussels to meet me. They arrived the evening before and so family reunion celebrations would have taken place and made her late going to bed. She’d arranged for Louise to come wake her the following morning. Louise and Johnny were sleeping in the gite (self-catering holiday home that Pierrot and Susan rented out to holiday makers).

Those two hours flew, and it was time for her to leave to get back home to her animals. I felt sad. I had so enjoyed our time together, and we agreed that we would converse via email.

A couple of days later I embarked on the next phase of my trip — a Scenic boat cruise down the Rhine from Amsterdam to Zurich (which was magnificent, I might add).
Thus, began our daily emails to each other.

Here’s the email Susan sent me after visiting me in Brussels:

I got lost driving out of Brussels and lots of nice people, including policemen, helped me get onto the right route, just as lots helped me find the hotel to meet up with you, so I was an hour late back, arriving spot on at 11pm instead of 10pm! My daughter was getting worried and straight away emailed Pierrot’s daughter to tell her I was back.

I am so glad I met up with you and heard some of your life story, distressing as it has been so often. You know, if you can bear to, you really must write it all down. You could start just saying about our talk together in Brussels and lead on from there. I think it is a life story that should be told even if only amongst us Facebook friends.

Now I must get into bed. I’m in my nightdress ready to do so. My dog Petit Pat wouldn’t eat his dinner when Louise gave it to him, his mother Lili was happy to eat hers and Louise had to hide Petit Pat’s away because she wanted to eat that as well. It seems he waited by the gate all the time for me to come back. He’s relaxed now I’m home again. The cats were waiting outside on the pavement for me to arrive back and were pleased to see me.

I hope you managed to sleep and that your jetlag won’t go on too long so you enjoy your Rhine trip.

I’ll look in on the e-mails regularly, have to in the hope there are enquiries for renting out the gite (holiday home). Also, I am copying these emails between us to my diary.

Bisous (kiss kiss) even one of the Brussels’ policeman who told me the route to take ended up the conversation by saying ‘Bisous’ (pronounced bee-zoo), it fascinated me that the term, usually between friends, should be used by someone in authority!

So: Bisous from Susan.

Thereafter Susan and I would end our emails to each other with ‘Bisous’.