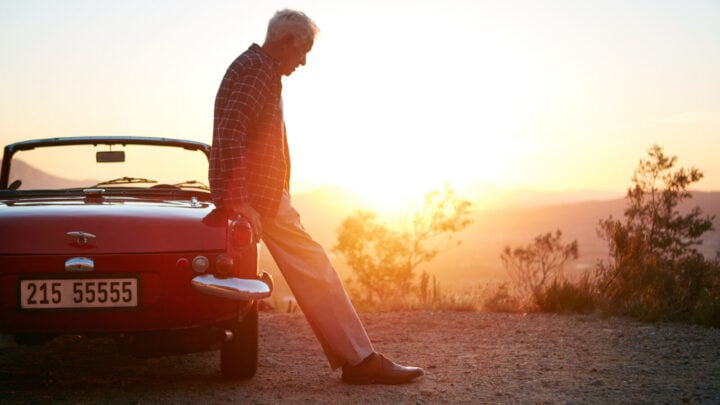 And in that moment, Roy knew... Source: Getty

Roy got the news right before he was scheduled to go on stage. The auditorium was packed, and many of his friends were eager to see him perform. The familiar chime of the ringtone let him know that his sister was calling.

His sister’s news hit him like a slap in the face.

“She tripped on the stairs going out to the car. She hit her head. She’s at the hospital right now…”

“No, the staff at the assisted living facility called 911 and they took her there. I’m headed there now. Don’t worry I’ll take care of it.”

The musicians on the stage finished tuning their instruments.

“Are you ready Roy?” Roy nodded to the stage manager.

Roy stuffed his phone into his back pocket and quickly paced onto the stage, trying to forget the horrible news. His mom was 87. The decision to move her to an assisted living facility had been a good one for the most part, although she was reluctant to leave her house.

So many jumbled emotions were slamming into his brain. He picked up his bass and tried to focus, but knowing that his mother had fallen put a new wrinkle into the fabric of their family.

The guitarist gave him a quizzical look.

Roy nodded, trying to shake off the phone call.

Roy’s father passed away in 2019, but his mother insisted that she was still able to live by herself. Roy’s sister had tried to intervene, hoping to get her mother to move out of her cramped apartment in Ft. Myers, and move to Naples and live with her. But her mom was set against it.

At that time, she was 86, and although she was in relatively good shape, she had started to forget little things, like the car keys, not paying a few bills, and upon occasion, leaving the stove on. Not good signs. Having her move into an assisted living facility seemed like the safest option. Until now.

Roy shook off the thoughts, trying to focus on the music he was required to play. Hopefully, their rendition of Sweet Georgia Brown would wow the judges and move them on to the next round.

The song was going well. Roy braced for his solo, which managed to distract him momentarily. He was relieved when the guitarist took his turn, his riffs of Django Reinhardt’s masterpiece bringing the audience to their feet.

The standing crowd roared with applause after they finished. The judges were nodding in approval. Hopefully, they would make it to the next round. As the curtain closed, Roy’s phone rang again. It was Sheila.

He quickly packed up his bass and exited the stage. He fumbled with the music in his car, while trying to remember which way he had to go to get to the hospital. He found a straight-ahead jazz station that he liked and turned up the music to try and drown out his sorrow.

As he was headed to the hospital, a strange thing happened. The frenetic jazz tune that has been playing was followed by another ballad that Ray remembered.

Smile was his mother’s favorite tune. She used to sing it around the house when he was a boy. She had a beautiful voice. In fact, her love of music was one of the reasons he decided to pursue a career as a jazz musician.

Smile though your heart is aching

Smile even though it’s breaking

When there are clouds in the sky, you’ll get by

If you smile through your fear and sorrow

You’ll see the sun come shining through for you…

Tears gathered in the corner of his eyes and he nodded to himself knowing that his mother was with him in some profound way. Roy smiled, turned up the music, and headed toward the hospital.