‘Domestic violence: It was called a ‘private matter’ 50 years ago’ 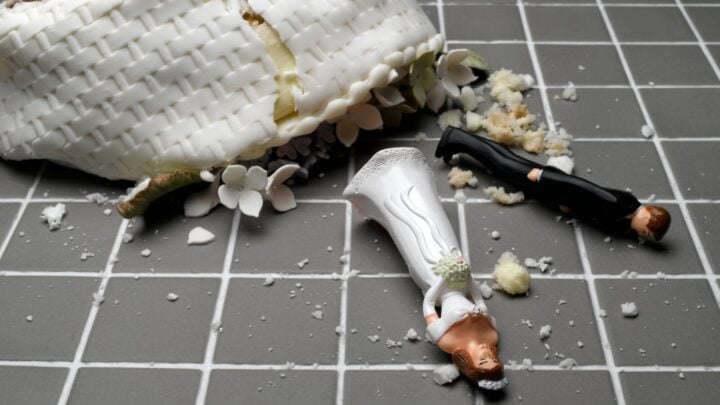 Violence between husband and wife in the '50s, '60s and '70s was considered a 'private matter'. Source: Getty Images

When I was eight years old I became aware of my place and of the women in my family. I grew up in the 1940s, a time when ‘cowboys and Indians’ dominated our play. I was always the ‘Indian’ taking the hit. I thought nothing of it at the time, chuffed to have been included in the game instead of relegated to pretend tea parties or having to keep my clothes clean!

When I was a bit older, my father wanted an expensive shot fun for hunting. It mattered not that we didn’t have the money for such things, what Dad wanted, Dad usually got. I once asked my mother about this and she replied, “He is the provider”.

My mother worked. She worked eight or more hours a day in the bakery that we owned. That didn’t seem to matter. Dad would finish at 3pm and be off with the dog and his fishing rod for the rest of the afternoon. Sometimes I’d go with him, but it was only to carry dead things.

Every woman in our family had dinner on the table as soon as the Man of the House arrived home. I remember when I was a teenager my mother said to me that when I got married I had to have fresh lipstick applied and be wearing a clean apron when my husband arrived home. I shocked her when I responded with, “Just an apron, Mum?”

Despite stirrings of rebellion, when I married at the age of 20 I lived by a few rules. Saturdays saw me sitting alone while the football and a few beers took first place. My husband was a good man, just like the men in my family were good, but they also expected women to know their place and that was not in a position of power.

I knew nothing about money. I had none either. I never paid a bill (and wouldn’t have known how to). I never filled in any forms. I was given housekeeping and I stayed within it. I was overprotected as a child, which was repeated in my marriage.

The sad part about all this was that I resented the difficulties I faced in having to clothe and feed four children. I didn’t have a clue on how to change my situation. My friends couldn’t offer any advice; they were in the same boat.

What I did was raise my children to be strong, independent women. They have gone on to do things I could only dream of doing. I am so proud of them!

Often when I write, I can find a sense of humour, but this side of 60 isn’t so funny. I know not all men were kind to their wives. I’ll never forget my childhood neighbour who, after pub closing time, could be found in her garden crying her eyes out. My mother told me that it was ‘private’ and we were not to interfere because we didn’t want to embarrass her. That was the truth for those times.

Domestic violence brought murder to my life when I was 10 years old. The local cake shop owner was a nasty man, cruel to his wife and their child. The police of he day were not interested, a private matter between a husband and wife. She got up the courage to leave him one day, took her daughter and moved behind my house to live with her grandparents.

The daughter became my best friend. Every day we’d walk to school together, but one morning I picked up my bag and headed straight to school. I couldn’t tell you why, maybe someone was looking out for me … When I returned home there were police vehicles, two ambulances and a plain van that I later learned was to take the deceased away in.

My mother struggled to tell me what had happened — she thought I was too young to know — but my father told me. The husband had broken into the house with a rifle. He’d killed the grandmother, wounded the grandfather, shot his wife in the spine making her paralysed, then turned the gun on himself. The daughter had escaped by hiding behind a door, but she heard everything.

Even after I married in the ’70s, I encountered women in helpless situations. One day I heard yelling coming from a neighbouring house. The following day I saw the woman with a black eye. I asked if there was anything I could do to help, she responded by telling me that she’d upset her husband and that he promised he wouldn’t hurt her again.

I can’t help wonder what has changed over the years when domestic violence, sexual harassment and abuse of women continues to make headlines in this country. Despite media campaigns, educational efforts, community outreach and legislation, violence, harassment and abuse of women continues to be an urgent issue in Australia. I am grateful though that as a society we are more aware of these issues and more people are comfortable stretching out their hand to offer help to those still suffering.