Ageing stereotypically: Is that such a bad thing? 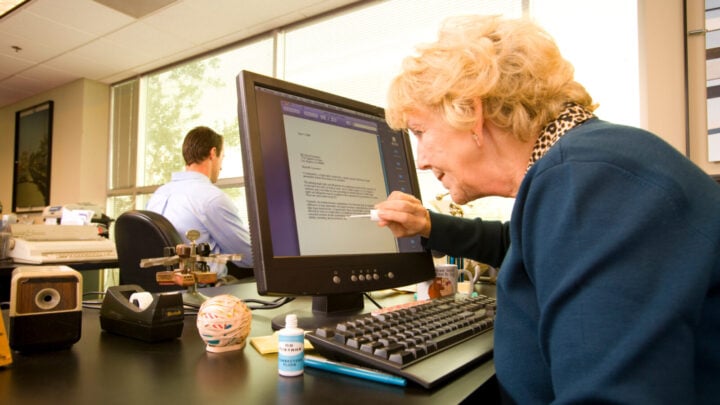 "Our" generation is often discussed in the media, as a stereotype, and that can either be a positive or a negative. Source: Getty

Here we are, the baby boomers over sixty years old. We are now ageing.

“Our” generation is often discussed in the media, as a stereotype, and that can either be a positive or a negative.

A positive is that people over sixty were brought up to have a good work ethic. We can talk to young people there. “When I was your age, I was working, teaching Moses religion.” (In addition to Maths, reading and writing. Plus he did not need a tutor!) Baby Boomers left secondary school at any age, to work full or part-time. Our salaries were a lot lower, but so was the cost of living. We had no credit cards, so we saved up for a lot of ‘stuff’ we accumulated. There was HP (hire purchase) or laybys. But our parents did not approve of credit. If we could not afford it, we worked harder until we could.

Stereotypes operate on younger generations too. I hear people of “my” generation criticising young people for being shy of work. Indeed, I have known healthy, strapping males who got a job. One worked for only two days before he decided he did not like not being the boss at his first job. So, on the third day, and the next day, then the next day, he stayed home in bed. He forced his middle-aged parents to work to support him. So did his brother.

On the flip side, my friend’s children get off their buns. They take ordinary jobs in the fast-food industry. They perform tasks, such as emptying and disinfecting rubbish bins, all for very low salaries. They used to turn up their noses at such tasks at home, if their parents asked them to do anything around the home. Like us, when we were young, these youngsters learn to please a boss and do stuff they do not like.

So, we baby boomers have passed on our work ethic to young generations. We are the over sixties who cared about younger people, all perfectly normal.

One stereotype is that the baby boomers were brought up on some element of fear. Our parents had survived the Great Depression, and 1939-1945, with all the economic consequences. Our mothers and fathers did teach us to persevere. “Until your silverbeet disappears, you are going to sit here!” Staring at congealing vegetables was a character-forming lifehack, to use a 21st Century expression.Shame we all ended up so positive!

Now a lot of baby boomers have seen the good times come. Many can be regarded as influential, in the marketplace, or as leaders in business or society. On the other hand, some boomers are concerned about funding their retirement. People our age can embrace a new career, whether online or not. After all, Colonel Sanders, at our age, started his Kentucky Fried Chicken empire.

Over this holiday at home, I was offered a job as a Lifeline Counsellor. I have been tutoring and mentoring tertiary students. What would I say to a person in distress?

“Hope for the best, do not be a f….wit!” “Smiling is good for your immune system.” “Fluff into your positive zen!”

Maybe I would no good at that new career in my golden years. Another stereotype about baby boomers is that “our” generation resists change. Say what? There was nothing wrong with the lightbulb anyway. But now our kindly fossil fun does include credit cards, gazing at a smartphone, online shopping, social media, and zoomers for boomers. This happens while peering at the world through at our multifocals, saying “What did you say?” All perfectly normal.

The baby boomers can wear these stereotypes. When we were your age, we were goal-driven and team-oriented. We are now the people who are ageing. So far, despite the stereotypes, we don’t need no rockin’ chair!

Ageing stereotypically: Is that such a bad thing?