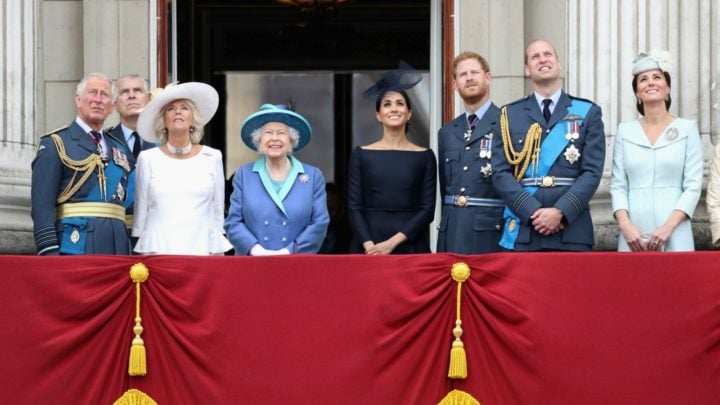 The least popular members of the royal family have been revealed. Source: Getty

The least popular members of the royal family have been revealed, and it’s bad news for Queen Elizabeth’s third child and Sarah Ferguson’s ex-husband, Prince Andrew.

According to a recent survey, conducted by Public First on behalf of Metro, the Duke of York, who made headlines earlier this year over his friendship with convicted sex offender Jeffrey Epstein, has been labelled as the least popular royal.

Around 47 per cent of the participants said they did not view the prince in a positive light. Moreover, he had an approval rating of just 16 per cent.

Not far behind Andrew though was the family’s newest addition, Meghan, Duchess of Sussex, who was ranked the second-least popular royal with a negative opinion rate of 29 per cent. Despite this, the former actress had an approval rating of 41 per cent.

Meanwhile, Meghan’s husband Prince Harry was also ranked as one of the most unpopular royals, with a negative opinion rate of 18 per cent. However, the father-of-one was thought of positively by 57 per cent.

The results in the poll may not come as a surprise since Meghan and Harry have been on the receiving end of some harsh public criticism in recent months. The couple also faced backlash earlier this year for keeping details of son Archie’s birth and christening private.

Elsewhere, Prince William is the most liked male royal, with an approval rating of 71 per cent, while his wife, the Duchess of Cambridge, emerged as the second most popular woman in the royal family with a 66 per cent positive opinion rate. Only nine per cent of participants had a negative opinion of the couple.

Although he’s set to ascend to the throne in the coming years, Prince Charles’s struggle to woo the public is still evident as he was seen negatively by 22 per cent of respondents. Despite this, the prince had an approval rating of 41 per cent.

Charles has faced an uphill battle since his relationship with Camilla was made official in the late 1990s. Since then, the pair have worked hard to improve their standing with the public across the Commonwealth.

Meanwhile, Princess Anne had a positive opinion rate of 44 per cent thanks to her hard-working and committed work ethic. The Queen, who is showing no signs of slowing down any time soon, is the most liked, with an overall approval rating of 73 per cent.

The survey also asked participants whether Harry and Meghan or William and Catherine were better at representing modern Britain, with more than half (57 per cent) picking the Duke and Duchess of Cambridge.

The palace has repeatedly denied claims of a rift between the brothers, which first began to appear in the media in the run-up to Harry’s wedding to Meghan in May last year. The rumours only heated up when Harry later confirmed he and his family would be moving out of Kensington Palace, where he previously lived close to William, to set up home in Windsor.

However, on the occasions the brothers have been pictured together in the months since, they have appeared as close as ever – with the pair sharing a series of laughs as they played polo together in July. Both their wives and children were seen watching from the sidelines, despite further claims of a rift between Meghan and Catherine themselves.

What do you think? Who's your least favourite British royal?