Joe Biden says Queen reminds him of his mother 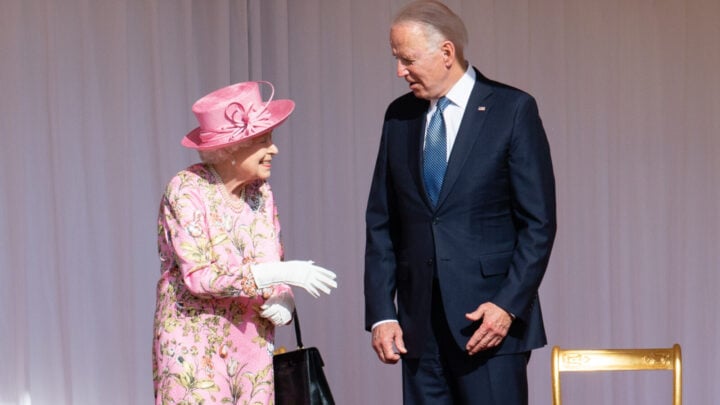 Queen Elizabeth II hosted an audience with US President Joe Biden and his wife, First Lady Jill Biden, on Sunday afternoon before he flew back to the States. Source: Getty

The Bidens had a delightful meeting with Queen Elizabeth II at Windsor Castle on Sunday afternoon, and the US president had a lot to say about the “extremely gracious” 95-year-old monarch, who celebrated her birthday at the weekend with the annual Trooping the Colour festivities.

The president and his wife, First Lady Jill Biden, arrived in London after wrapping up his participation in the G7 summit in Carbis Bay, Cornwall. Biden, who was greeted by an official Guard of Honour military parade, was clearly impressed with the Queen, telling reporters outside Heathrow Airport after the private meeting that the monarch reminded him of his mother.

“I don’t think she’d be insulted but she reminded me of my mother, the look of her and just the generosity,” he said, 7News reports. “She’s extremely gracious, that’s not surprising, but we had a great talk.

For the special occasion, the Queen, who appeared to be in good spirits, met the Bidens in a beautiful pink floral dress by British fashion designer Stewart Parvin. She coordinated the outfit with a pink hat, her favourite black leather handbag by Launer London, and a pair of matching patent shoes.

Meanwhile, the first lady wore an elegant powder-blue dress matched with a blazer for the outing.

The meeting comes two days after the Queen, Prince Charles and Camilla, Duchess of Cornwall, and the Duke and Duchess of Cambridge met up with world leaders, including the Bidens, and French President Emmanuel Macron and his wife Brigitte, at a reception hosted by the UK Prime Minister Boris Johnson and his wife Carrie. Several photos were posted on the royal family’s official Instagram page, which saw the royals and leaders walking happily together through The Eden Project, an eco-visitor attraction in Cornwall.

The reception followed a joint engagement between the US first lady and Catherine earlier in the day, which saw both ladies step out in bright pink. The pair visited a local school in Cornwall in a bid to raise awareness about the importance of early childhood education.

His mother must have been quite the lady? What was your mother like?