What a turnaround! Scott Morrison continues reign as most popular PM 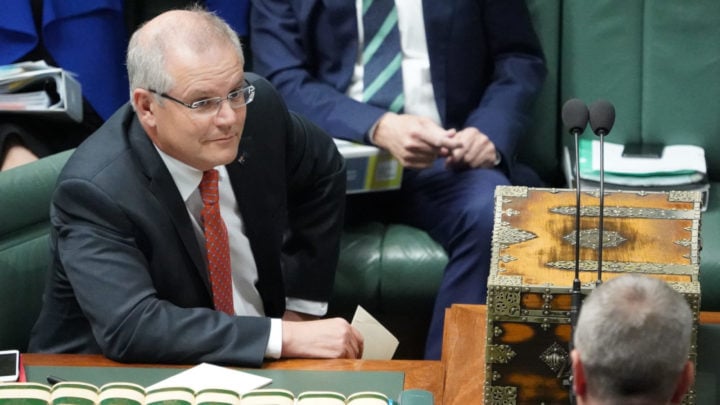 Scott Morrison has proved to come out on top once again. Source: Getty.

Prime Minister Scott Morrison has enjoyed a continued strengthening in popularity from the Australian public once again, according to the most recent Newspoll. Morrison’s record approval rating comes as the Coalition maintains its narrow lead over Labor as both parties enter the final week of campaigning for the by-election in the NSW seat of Eden-Monaro.

According to the Newspoll conducted and published by The Australian, Morrison has proven his dominance in office by gaining his highest net approval ratings since he took leadership in August 2018. His general satisfaction rating rose two points to 68 per cent while dissatisfaction levels also dropped two points to 27 per cent.

Morrison has bagged the highest approval rating of any prime minister since Kevin Rudd’s stint in office in 2008. Additionally, no other leader has shown such a sustained period of support at these levels since Newspoll began in the mid-80s.

The results are a reflection of the Newspoll conducted earlier this month which showed continued support for Morrison as prime minister despite the Coalition being hit with scandals including an accounting error regarding JobKeeper, a mass refund of the controversial Robodebt scheme and a forecast for a historically deep economic contraction for the June quarter.

Meanwhile, Leader of the Opposition Anthony Albanese’s popularity remained unchanged with 26 per cent of Australian’s seeing him as the preferred PM, while Morrison increased his margin by two points to 58 per cent. Meanwhile, 16 per cent said they wouldn’t commit to backing either.

The Coalition’s primary vote remained the same at 42 per cent as did the two-party preferred vote in the Coalition’s favour at 51-49. The poll has covered an interesting time in government over the past fortnight including headlines surrounding branch-stacking and Chinese spy scandals that have rocked the NSW and Victorian state divisions of the Labor Party.

The most recent results indicate a dramatic recovery from earlier this year when claims about Morrison mishandling the bushfire crises saw his popularity ratings fall well behind Albanese for the first time. However since March, Morrison’s approval ratings have skyrocketed while Albanese’s have somewhat flatlined.

Albanese saw a one point lift in approval ratings to 42 per cent, and despite being countered by a two point rise in disapproval ratings, he still remains in net positive territory. Additionally, 16 per cent were neither satisfied or dissatisfied with his performance as opposition leader compared to just 5 per cent that refused to take a position regarding Morrison’s performance.

The poll also showed the Greens down a point to 11 per cent while Pauline Hanson’s One Nation fell a point to just 3 per cent leaving the right-wing party below its election result. The poll surveyed 1521 voters across capital cities and regions.

Do you support Scott Morrison?