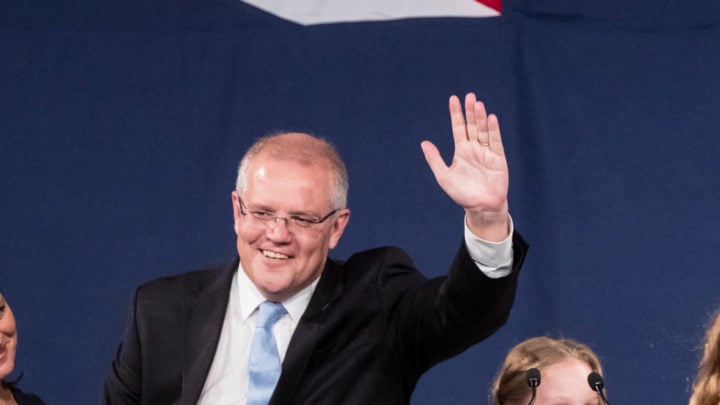 Prime Minister Scott Morrison’s approval rating has continued to reach record high levels in response to his government’s handling of the coronavirus-induced economic downturn, according to the latest Newspoll published by The Australian.

The poll, which was published on Monday, showed the Coalition maintaining its two-party-preferred lead over Labour with voting intention remaining relatively the same despite recent criticism. The results reflected the three week period which saw the government reveal the $60 billion accounting error in the JobKeeper problem, a $721 million repayment of the Robodebt scheme and the forecast of the deepest economic contraction for the June quarter since the Great Depression.

Despite this, both parties only dropped one point, with popular support for the Coalition falling to 42 per cent and Labor’s primary vote dropping to 34 per cent. This showed a continued lead for the Coalition of 51-49 based on preferences.

Meanwhile, Morrison’s approval ratings overcame recent backlash with his satisfaction level remaining at a record high of 66 per cent while his disapproval rating fell one point to 29 per cent. These are now the highest prolonged numbers for a prime minister since Kevin Rudd’s first term in government in 2008.

Morrison also maintained his position as the preferred prime minister over Labor rival Anthony Albanese, with 56 per cent support compared to 26 per cent for Albanese, who dropped three points since the last poll. Voting for those who were uncommitted increased three points to 18 per cent which could be linked to voters becoming unsure of their support for Albanese.

The Labour leader’s approval rating also fell three points to 41 per cent as well as a one-point increase in dissatisfaction to 38 per cent, keeping him just in net positive territory. Meanwhile, the Greens saw the largest shift in support with a two-point increase to a primary vote of 12 per cent while Pauline Hanson’s One Nation party lifted to a point of 4 per cent.

Despite recent bad press, the government’s support is likely to have been drawn from the announcement of a fourth stimulus package known as HomeBuilder to help reboot the housing and construction sector as well as Treasurer Josh Frydenberg’s calls for national security tests for overseas bids. It also covered the period in which Australia saw the deterioration of Canberra’s trade relationship with Beijing over calls for a global inquiry into the coronavirus outbreak which originated in Wuhan.

The Newspoll was conducted between June 3 and June 6 and was based on 1512 online interviews of voters with a 2.5 per cent margin of error.

Do you support Scott Morrison? What do you think about these results?