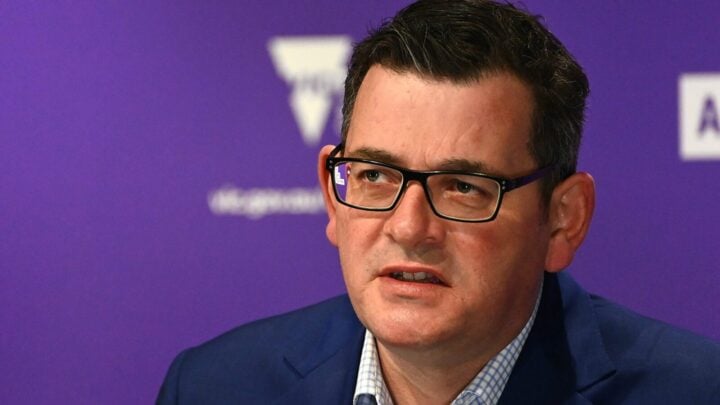 Victorian Premier Daniel Andrews has revealed the state’s roadmap out of lockdown. Speaking in a press conference on Sunday afternoon, Andrews said for metro Melbourne stage four restrictions will be extended for another two weeks, however, he said there will be some changes.

“From 11:59pm on the 13 September, we will have to extend out for two weeks the current stage four restrictions that Victorians are living under, this is for metro Melbourne was not I will do regional Victoria in a moment,” he said. “However, there are some changes to the two-week extension of stage four.”

Citing those changes, he said from next Sunday curfew will be eased and it will be extended to 9pm, exercise will be increased to two hours per day, public outdoor gatherings of two people will be allowed or a household for up to two hours and playgrounds will reopen.

From September 28, the second easing of restrictions will come into play. Public gatherings will be increased to five people from two households, prep, grade one, grade two, year 10, year 11, and year 12 will be allowed back at school, childcare will reopen and many more workplaces will open.

From October 26, there will be no restrictions on leaving home, public gatherings will increase to 10 people outdoors, you will be allowed to have up to five people at your home from another household, retail and hairdressing will reopen, hospitality will recommence and non-contact adult sport will most likely return.

And lastly, from November 23, public gatherings of up to 50 people outdoors, and visitors to your home, up to 20 people at a time, will be allowed, 20 people will be allowed to dine in at restaurants and cafes, real estates to reopen, weddings and funerals will return to normal.

We know lots of people are trying to access this website at the moment – it’s struggling a bit.

In the meantime, here are the roadmaps for regional Victoria and metro Melbourne. pic.twitter.com/2NU3mUdEG4

“We think that regional Victoria will essentially be able to move to the third step quite soon. It will be, perhaps, a matter of weeks before regional Victoria can move to a very different range of settings compared to metropolitan Melbourne. That would mean more shops open, more people back at work, people still working from home in some instances, but relatively normal, certainly compared to the situation at metropolitan Melbourne will have to be in for a longer period of time.”

It comes as Victoria has recorded 63 new cases and five deaths in the past 24 hours, which includes one female in her 80s, three females in their 90s, one female in her 100s. There are now 283 people with Covid-19 in Victorian hospitals.

It comes just a few hours after modelling produced by experts from the universities of Melbourne and New England was released by the Victorian Government earlier today. The new modelling suggests Melbourne could remain in stage 4 lockdown until mid-October to avoid a third wave of the virus.

“It is unlikely we will have aggressively suppressed the virus by mid-September,” the authors wrote, according to the ABC.

The news comes just days after Prime Minister Scott Morrison announced seven of the eight states and territories – including New South Wales, Victoria, Queensland, South Australia, Tasmania, the Northern Territory, and the ACT – have agreed to devise a strategy to lift state borders and open the country by Christmas. However, he added that Western Australia will not be joining.

“So, we agreed today, seven out of eight states and territories, we agreed that before you know what you’re gonna do, you’ve gotta agree about where you want to get to,” he said on Friday. “And we agreed today with the objective that was set out in the May plan to be, at the end of that step 3 process, which we will seek to ensure is even better defined, we said before we wanted to get there in July.