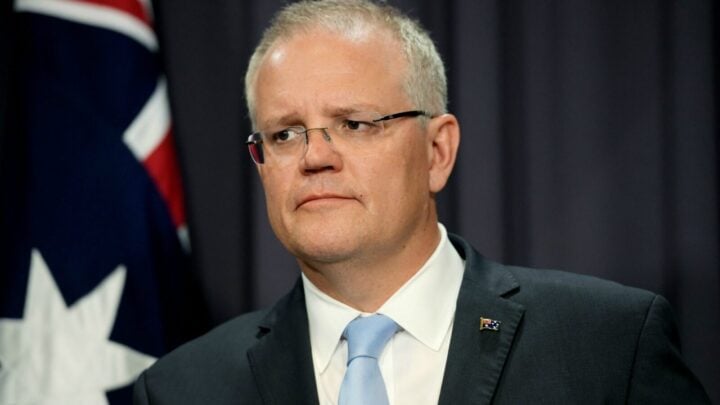 Prime Minister Scott Morrison has a plan to get most of Australia back open and running by December this year, including lifting state border restrictions. Speaking in a press conference on Friday afternoon after this morning’s National Cabinet meeting, Morrison said seven of the eight states and territories – including New South Wales, Victoria, Queensland, South Australia, Tasmania, the Northern Territory, and the ACT – have agreed to devise a strategy to lift state borders and open the country by Christmas. However, he added that Western Australia will not be joining.

“So, we agreed today, seven out of eight states and territories, we agreed that before you know what you’re gonna do, you’ve gotta agree about where you want to get to,” he said. “And we agreed today with the objective that was set out in the May plan to be, at the end of that step 3 process, which we will seek to ensure is even better defined, we said before we wanted to get there in July.

“And the virus prevented us from achieving that. Seven out of eight states and territories want us to get back to that position in December of this year.”

Morrison continued: “As you know, the New South Wales and Victorian premiers are very keen to get their border down as soon as it’s safe to do so. Tasmania, I note, in particular already has a goal of having its border down in December as well. Now, Western Australia has set out some very specific circumstances in their state as to why they won’t be joining that aspiration at this time.”

The prime minister said he’s also been in discussion with New Zealand’s Prime Minister Jacinda Arden about a possible travel bubble, although it might only be one way for a while.

“I spoke to Prime Minister Ardern this morning, and what I advised her was that Australia will be looking to apply the same hot spot approach to New Zealand,” he said. “So, that means, when we’re in a position to do so, and when the Acting Chief Medical Officer has come to a set of arrangements with New Zealand, then we would be able to have New Zealanders come to Australia. That doesn’t mean Australians can go to New Zealand.”

Earlier this week Queensland Premier Annastacia Palaszczuk doubled down on her dedication to keeping the Sunshine State’s borders closed until there are zero cases of community-acquired coronavirus in New South Wales and Victoria. “I think we’re going to continue to see restrictions in Victoria up until Christmas time,” she said on Monday. “That’s very unfortunate for people living there but it’s a serious situation.”

Palaszczuk has come under fire in recent weeks over her refusal to loosen any of the state’s hard border restrictions. Ahead of today’s National Cabinet meeting, the premier told reporters the criticism is “intimidating” but said she will not be intimidated.