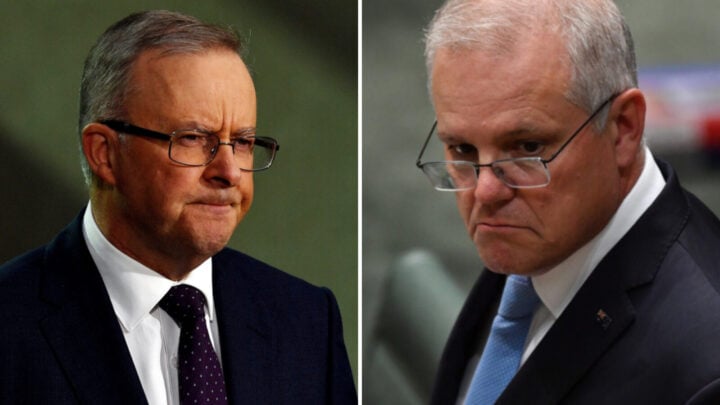 Prime Minister Anthony Albanese has slammed his predecessor Scott Morrison for “astonishing” claims the former leader made during a recent church sermon.

Morrison spoke as a guest of honour at the 27th anniversary of the Victory Life Centre in Perth, where he conveyed his distrust of the government and the United Nations.

“We don’t trust in all of these things as fine as they might be and as important as the role that they play. Believe me, I’ve worked in it.”

Morrison also revealed he believes God still has a plan for him despite his recent election loss.

“Do you believe if you lose an election, God still loves you and has a plan for you?” he asked churchgoers.

Albanese said Morrison’s comments were not befitting of a former leader and that they offered some insight into why, in Albanese’s opinion, “he didn’t lead a Government that was worthy of the Australian people”.

“I just thought, ‘Wow’. This guy was the Prime Minister of Australia and had that great honour of leading the Government. And I found it quite astonishing. And it provides some explanation perhaps of why, in my view, clearly he didn’t lead a Government that was worthy of the Australian people,” he told ABC Radio Melbourne.

“I find it astonishing that in what must have been, I guess, a moment of frankness, he has said he doesn’t believe in government.

One such international relationship Albanese has been working hard to repair has been relations between France and Australia following Morrison’s scrapping of a decade-long French submarine contract in favour of acquiring nuclear vessels as part of the AUKUS alliance.

As a consequence of the scrapped contract, Albanese announced on Saturday, June 11, that Australia would compensate the French-based Naval Group a total of $830 million.

“As part of the settlement Australia will pay the Naval Group 555 million Euros which equates to around $830 million Australian. This is a fair and an equitable settlement which has been reached,” Albanese recently told reporters.

In addition to compensation, Albanese organised to meet with the French President in what he labelled an “absolutely vital” effort to reset relations between Australia and France.

During their meeting, Albanese declared that he welcomed a “new start” with France.

“My presence here represents a new start for our countries’ relationship,” Albanese said upon his arrival in France.

“Australia’s relationship with France matters. Trust, respect and honesty matter. This is how I will approach my relations.”

Macron acknowledged that discussions with Albanese “mark a willingness to rebuild a relationship of trust between our two countries, a relationship based on mutual respect.”