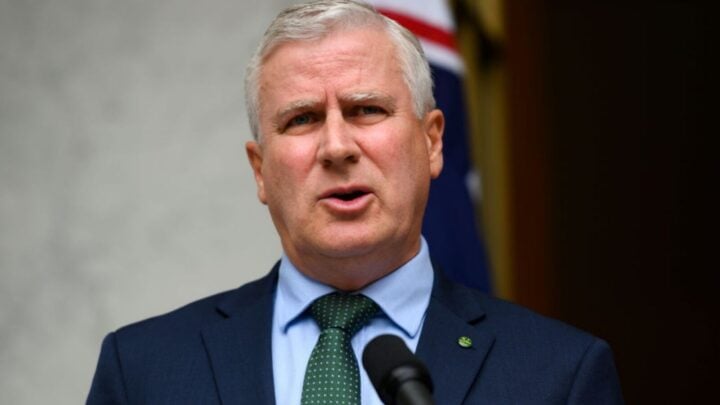 Deputy Prime Minister Michael McCormack has blasted Australia’s domestic border closures due to Covid-19 outbreaks calling it a “knee-jerk and panic-reaction”. McCormack spoke on Sunrise on Wednesday morning to discuss the states and territory’s decisions to close borders to South Australia following a coronavirus cluster linked to a quarantine hotel in Adelaide.

He argued that these “small pockets” of Covid clusters are bound to happen, adding that hotel quarantine outbreaks are also due to occur with more travellers starting to return from overseas, but shutting off the state borders isn’t the right response.

McCormack went on to say that opening the borders is becoming increasingly important as the summer months come around.

“There’s no need for these internal border restrictions, particularly as we lead up to the warmer months and people want to get out and reunite with their families, particularly leading up to Christmas.

“So long as we have the strong public health response — and that’s what we’ve had — so long as if people have symptoms such as the flu or a cough or a sneeze, make sure you go and get tested. It’s pretty easy, testing is free and we can make sure that we can nip these outbreaks in the bud.”

The politician used New South Wales Premier Gladys Berejiklian as a prime example of his argument saying she had a “sensible response” to the outbreak by maintaining open borders to South Australia despite the cluster while also warning people, if they don’t need to travel there, then they should be reconsidering their options.

McCormack’s comments came in support of Health Minister Greg Hunt who slammed the decision to shut state borders to South Australians following the recent outbreak saying it was “inconsistent” with medical advice.

“There has been no advice that any state or territory should be closed to any state or territory,” he said to reporters in Canberra on Tuesday. “What we have seen here in the ACT, in Victoria, in New South Wales is exactly that; enhanced border screening, so they are looking for symptoms, they are looking for anybody who may have been in close contact, but they are allowing people to travel. Other states may choose to go further, but they’ll have to explain that.”

Despite Prime Minister Scott Morrison announcing plans to reopen all bar WA’s domestic borders before Christmas, the SA outbreak pushed several states and territories to quickly shut their borders declaring the state a national hotspot. Northern Territory, Tasmania, Queensland and WA all reimplemented a mandatory quarantine for those entering from South Australia.

Meanwhile, NSW maintained an open border with Berejiklian saying people needed to “learn to live with Covid”, while Victoria declared the state a hotspot but kept the borders open saying travellers from South Australia would instead be interviewed on arrival and might be required to be tested.

Do you agree with the deputy PM? Or do you think state borders should shut to places that have been declared a 'hotspot'?