‘I gave you the answer’: Anthony Albanese gets snippy with ‘Today Show’ host 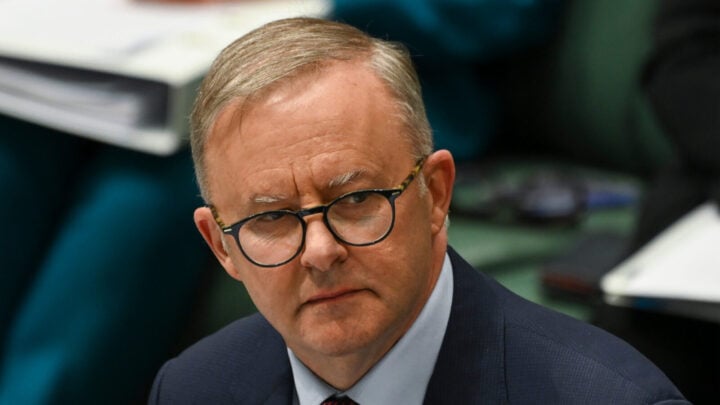 Prime Minister Anthony Albanese got curt with Today Show co-host Ally Langdon after he was asked for his thoughts on Scott Morrison’s secret portfolio saga.

After asking Albanese what he thought of Morrison’s behaviour while leading Australia, Landon brought up the former prime minister John Howard’s comments on the matter.

“I think he’s abhorent. His actions were the actions of a terrorist.”@AlboMP has spoken on the planned release of the bomb-maker in the 2002 Bali terror attack that killed 88 Australians. #9Today | WATCH LIVE 5.30am pic.twitter.com/FbszqWmZkO

Speaking with Sunrise, Howard gave some “gratuitous advice to the new prime minister”.

“Don’t get carried away with it. Stop behaving like an opposition leader,” Howard said.

“He’s now got to explain to the Australian people what he’s doing, what he stands for, and I think Anthony Albanese, you will make a big mistake if he thinks he can get a huge political advantage out of this. It’s the past.”

Albanese slammed Howard’s comments as those of a “loyal Liberal”, to which Langdon responded asking if “the bloke you beat” should be the top priority on the Prime Minister’s list considering the rising cost of living, housing and energy crisis.

“You just asked me the question Ally about Scott Morrison and I gave you the answer,” Albanese snipped at her.

“If you ask me a question about inflation or about the economy, I‘ll give you an answer about that as well.

“This isn’t an issue that I chose to raise.”

After Morrison appointed himself the Health, Treasury, Home Affairs, Resources, and Finance portfolios, Albanese announced the government will be investigating his behaviour, slamming Morrison’s “contempt for democratic processes”.

“Australians knew during the election campaign that I was running a shadow ministry,” Albanese said.

“It is unbecoming, it was cynical and it was just weird that this has occurred. Australians will be scratching their heads today knowing that the Government that they thought was there wasn’t actually the Australian Government at all.

“The Australian people deserve better than this contempt for democratic processes and for our Westminster system of government, which is what we have seen trashed by the Morrison government.”

The Member for Cook claimed his actions were “necessary” and provided him the opportunity to “act in the national interests”.