Life after Bill: Everything you need to know about the Labor leadership vote 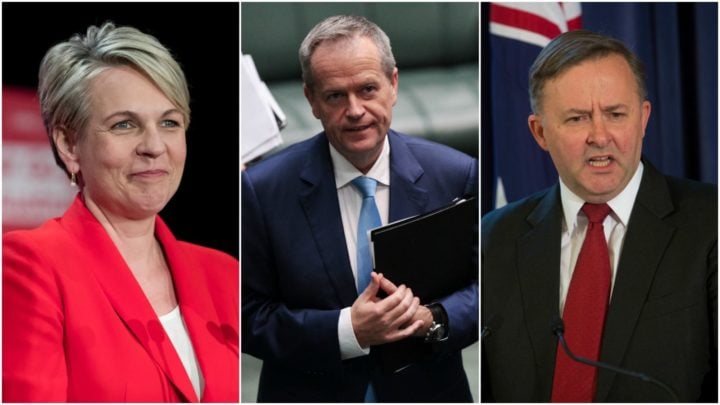 It’s been less than one week since the country learned the outcome of the federal election, as the Coalition under Scott Morrison gained a surprising victory over Labor and Bill Shorten.

Before the final votes had been counted though, Shorten announced he would step down as leader of the opposition following the ALP’s defeat in what had been dubbed the ‘unlosable election’. However Shorten did confirm that he would remain in parliament as the member for Maribyrnong.

The Labor party now face the challenge of selecting a new leader to take them towards the next federal election and, so far, just one candidate seems to have thrown his hat into the ring.

So, as the dust settles across Australia and Morrison prepares for another term in government, here is everything you need to know about the Labor leadership ballot.

Why did Bill Shorten resign?

Shorten announced his resignation as leader of the Labor Party in the early hours of Sunday morning, just hours after the polls closed across the country.

As it became clear that Scott Morrison, leading the Coalition, would be returned as prime minister, Shorten addressed Labor members in Victoria, telling them that he would be stepping down from the top job.

“All of us have a responsibility to respect the result, respect the wishes of the Australian people and to bring our nation together,” he said. “Whilst I intend to continue as the member for Maribyrnong, I will not be a candidate in the next Labor leadership ballot.”

Who is in the running to replace him?

Currently, former Deputy Prime Minister Anthony Albanese is the only candidate in the running to become the next leader of the Labor Party. However things could still change as nominations for the leadership ballot only opened on Friday.

Albanese – more commonly known as Albo – said yesterday that he intends to nominate, meaning he may not be the only horse in the race by the time nominations close at 10am on Monday. Speaking earlier this week, the Shadow Infrastructure Minister said he believes he is “the best person to lead Labor”.

Shadow treasurer Chris Bowen threw his hat into the ring temporarily, before pulling out of the ballot just hours later on Wednesday, despite having the support of Shorten. Speaking at a press conference this week, Bowen told reporters that he thought it would be unlikely that he would win the ballot as Albo “would win the rank and file”.

Deputy Labor leader Tanya Plibersek ruled herself out of the running this week, revealing that it was not “her time”. In a statement released on Monday afternoon Plibersek announced she would not be running for the top job, citing family reasons.

Read more: ‘Now is not my time’: Tanya Plibersek will not run for Labor’s top job

Shadow Finance Minister Jim Chalmers was also tipped to go for the leadership, however he also ruled himself out on Thursday.

When will we find out who the new Labor leader is?

If Albanese runs uncontested, following the closure of the nomination process, he could be announced as Shorten’s successor and the new leader of the opposition as early as Monday. However, if he does not end up being the only name on the ballot, the process could take a lot longer. For a candidate to be considered, they must be nominated in writing by at least 20 per cent of Caucus members.

Albo confirmed his intention to put himself forward as a nominee several times throughout the week and, should he be challenged and another candidate be named on the ballot, the process will then go to a vote. This vote is undertaken by both the ALP’s Caucus, comprised of all of the party’s MPs and senators within federal parliament, as well as the party’s rank and file members via a postal vote.

If there is a second candidate, the postal vote will then officially open on May 31, closing almost a month later on June 27. Caucus will then meet to cast its vote on July 1. Both results would then be given equal weighting and added together to determine the winner.

Speaking on Thursday, Albo said he would respect the ballot process. He said: “One of the things that I will do is respect proper processes. I’m doing that after nominations close at 10:00am on Monday. I will have more to say whether as a contestant in a ballot. And I support this process. Be very clear.

“My position is that I’m putting myself forward. Everyone else has a perfect right to nominate. If they do, I’ll put myself forward before the Caucus.”

Albo has run for the top job before, winning the rank and file vote in 2013, but was ultimately beaten in the Caucus vote by Bill Shorten who claimed the position.

Do you think Bill Shorten made the right decision to step down after Labor lost the election? Do you think Anthony Albanese would make a good party leader?