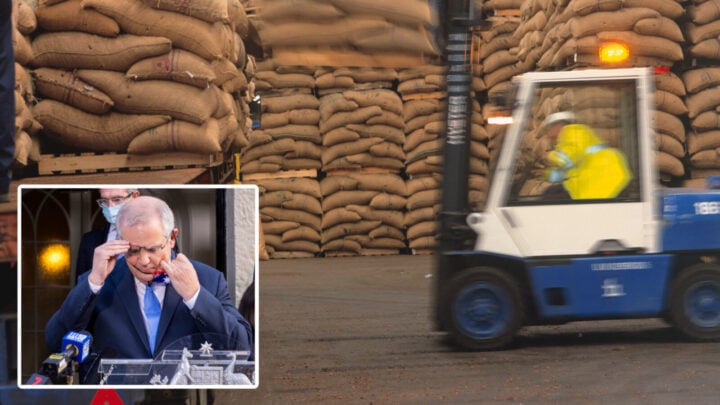 Prime Minister Scott Morrison has recently suggested that children under the age of 18 be allowed to drive forklifts, before backflipping on the idea just hours later.

The suggestion comes as Morrison attempts to ease staff shortages in the workplace, which has received largely negative backlash in relation to growing safety concerns.

“There are changes that we need to make around the age of forklift drivers, to get quite specific,” said Morrison.

Following Morrison’s bold suggestion, Queensland, Victoria, and New South Wales Government said that there were no plans in place to lower the legal age required to secure a forklift license.

Morrison has since retracted his statement, noting, “Sensible and safe measures to alleviate workforce shortages have been supported but allowing 16-year old’s to drive a forklift was unanimously rejected by all states and territories.”

Workers’ unions had previously responded strongly against the proposal, highlighting the risks forklifts pose, and the required skill needed to operate the dangerous machines.

Secretary of the Australian Council of Trade Unions, Sally McManus, had also re-tweeted a post educating her followers of the ratio of forklift-related deaths in Australia, taking a clear objection to Morrison’s previous proposal.

Forklifts are dangerous. They, along with other high risk mobile plant account for 1 in 6 workplace deaths. This is madness! pic.twitter.com/KHM3MHdKmd

According to statistics published by WorkSafe Queensland, “Since July 2013, there have been 178 notified forklift incidents involving crush injuries or the risk of serious crush injuries.”

Despite the current limited training required to receive a forklift license in Australia, there were growing concerns that reducing the current age would increase the already high-risk task.

With the current staff shortages already causing issues for the workplace economy, approval of the Prime Minister’s initial proposal was likely to have only worsened the problem.

Australians took to Twitter to express their outrage regarding Morrison’s initial suggestion, many identifying the potential, and increasingly likely, risks of allowing children the authority to operate forklifts.

Federal Member for Bruce, Australian Parliament, Julian Hill, also took to Twitter to express his shock at the suggestion, sharing a post by the Guardian Australia.

Many would think children would do a better job at this point as Prime Minister ????‍♂️#auspol pic.twitter.com/yK9VnjK2fd

This isn’t the first time Morrison had suggested pushing for Australians to fill in workplace shortages – just last month he announced his plan to maximize the number of older Australians who can remain in the Australian workforce, despite growing cases of coronavirus.

Acting Small Business Minister, Anne Ruston, had stated “Many older Australians, I’m sure, would be happy to do an extra few hours to help out at the moment, so we’re looking at how we can help them do that”.

Australians are now left to wonder what future statements will be made by Morrison, only to be quickly withdrawn.

What do you think about Morrison’s change of mind?