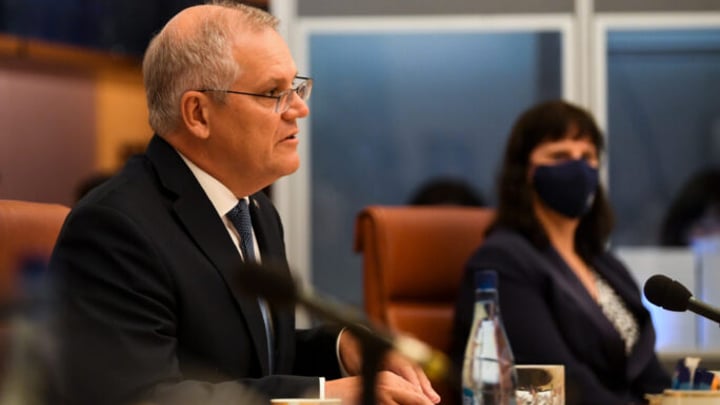 National Cabinet is set to consider getting older Australians to fill key roles to help out with food shortages across the country as Covid-19 cases rise.

Prime Minister Scott Morrison and state leaders will meet Thursday, January 13 for the second time in two weeks to discuss how to address food shortages, the rollout of free Rapid Antigen Tests (RATs), and how to safely reopen schools.

The discussion of food shortages comes after the Australian Health Protection Principal Committee announced food and supermarket workers would be able to return to work after being a close contact with a positive Covid-19 case if they return a negative RAT result.

Morrison announced on Monday, January 10 that expanding the definition of “critical workers” will assist in keeping the supply chain moving and address food shortages.

“We’ve also been working on the critical supply chain issue, and the Chief Medical Officer will go into more detail on this, but the medical expert panel, the AHPPC, has endorsed a new set of arrangements that relate to workers in critical supply chains, in food processing, food production and distribution, as well as emergency services,” he said.

“As the case numbers continue to rise, the volume of cases will, of course, have an inevitable impact on the workforce. And so we’re looking to maximise those who can remain in the workforce. And that is why these arrangements are being put in place.”

The Federal government is also working to get the unemployed and older Australians to fill key roles to help out with growing food shortages, following an announcement from Acting Small Business Minister Anne Ruston to 9 News.

“We certainly want to encourage those older Australians, particularly those who’ve got skills in some of the critical industries to consider maybe going back and doing a few hours’ work,” she said.

“Many older Australians, I’m sure, would be happy to do an extra few hours to help out at the moment, so we’re looking at how we can help them do that.”