Pensioner, 82, fights back tears after being reunited with stolen scooter 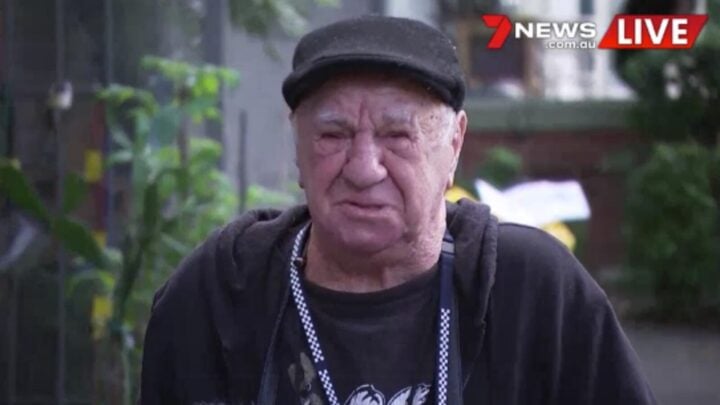 Laurie Adams fought back tears as he thanked those who helped locate the stolen scooter. Source: 7News/Facebook.

An 82-year-old pensioner, whose mobility scooter was allegedly taken from outside his Sydney home on Sunday, has issued an emotional thanks to those who helped locate the stolen scooter.

Laurie Adams parked his red scooter outside his home on Macarthur Street in Ultimo at about 2.30 pm on Sunday, according to New South Wales Police. The man noticed it was missing about 4.30 pm the same day and called police.

CCTV footage, released by NSW Police, showed a man in a motorbike helmet slowly driving it away. Police launched an investigation and at about 9.30 pm yesterday arrested a 36-year-old man, who was later charged with larceny and possessing or using a prohibited weapon.

Now speaking to 7News reporters outside his home, a teary Adams said he was overcome with emotion. “I was lost without it,” he said.

Asked by a reporter on what he’s going to do now that he has the mobility scooter back, Adams replied with: “After it’s charged, I just want to sit on it and talk to it really.”

Adams went on to say that he was taken back by the community’s support and kindness, saying: “Everybody wants to give me a scooter but what am I going to do with six scooters. I had people from Melbourne offering to bring me one and I was inundated with calls, I can’t handle it I get so emotional.”

Many social media users have since commented on the emotional video, which 7News shared onto their Facebook page, with one writing: “People don’t realise that mobility scooters mean freedom for so many people. So happy this bloke got his back. Beautiful soul.”

Another added: “Who would do this to an old man. Disgusting. So glad they found it. Bless him.” While a third wrote: “What a beautiful soul. So glad he got the scooter back.”

Meanwhile, Acting Superintendent Paul Dunstan said in a statement the community assistance in the investigation was overwhelming.

“Our investigators have been inundated with calls from members of the public which led to an arrest last night,” he said.

“This is a fine example of the community coming together to assist police in this investigation enabling us to someone before the court. We have recovered the man’s mobility scooter which we gladly return to him today.”