Over-60s feel positive about the future, are planning bucket-list travel and are NOT lonely 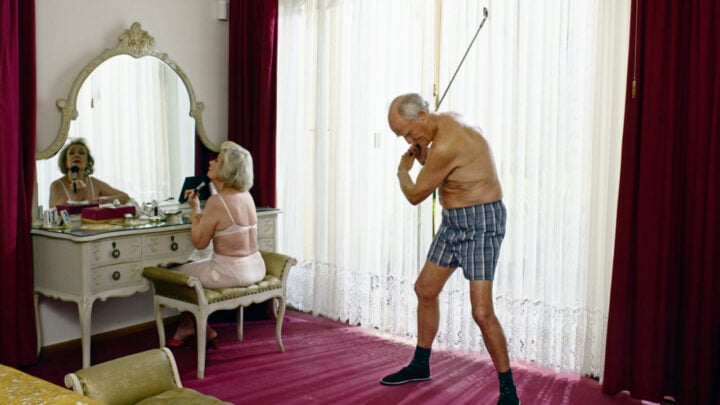 New research has dispelled a range of preconceptions about older Australians and documented an interesting shift in the mindsets of over 50s since the coronavirus pandemic hit – proving that most older Australian’s are active, social and looking toward a positive future.

In two separate reports by peak Australian organisations for seniors, findings have suggested that older Australia aren’t lonely, scared or “stuck in their ways” as society is often led to believe they are – instead the majority of Australian’s over 50 are optimistic about their future and are still busy planning “bucket list travel” despite the effects of the pandemic.

The Australian Seniors 2021 Mindset Shift report surveyed 5,000 Australians and found that since the pandemic began the majority of respondents had adjusted their life priorities. It found that 67.4 per cent of Australians over 50 have experienced at least some shift in their mindset, with women recording a considerably higher shift (74.5 per cent) than men (59.7 per cent).

The research found that since the pandemic hit, 56 per cent wanted to spend more quality time with family, while 43.6 per cent were taking each day as it comes and 42.3 per cent had learned not to sweat the small stuff. The research also found that despite the uncertainty of the past year, 72.4 per cent were feeling optimistic about Australia’s future.

Christina Bryant, associate professor and director of clinical psychology at the University of Melbourne, studies the psychology of ageing and said the report highlights the misconception that older Australian’s are “stuck in their ways”.

“The shifts identified in this survey are contrary to the commonly held stereotype that older people are inflexible and stuck in their ways of thinking,” she said.

“In fact, this is consistent with research showing that older adults worry more about world issues than younger adults, and less about personal concerns. This may also link to an intriguing finding in the 2021 Mindset Shift survey that only 8 per cent of the sample described themselves as ‘desensitised to all the chaos and change’. In other words, older people care about what is happening around them.”

The report found that since the pandemic started, financial and family-related perspectives were prioritised while retirement and bucket-list travel plans were not affected and regional relocation continued as a trend for over 50s. It also found the pandemic had impacted thoughts on death, with many considering their purpose and mortality but only 22 per cent were actually considering making end-of-life plans.

Research conducted by the Council on the Ageing (COTA) NSW dispelled further preconceptions of over 50s and painted a generally positive picture of older people and their relationships with their communities, according to Meagan Lawson, COTA NSW chief executive officer.

The report dispelled the idea that elderly people were scared or lonely, with 85 per cent of respondents saying they felt safe in their community. Although they reported feeling safe at home, online safety was more of an issue. Almost all respondents reported a negative experience online, including a significant amount receiving scam emails and 13 per cent receiving dating scams. The report found that loneliness was far more likely to affect people between 50-59 rather than the over 60s.

Have your thoughts shifted since the pandemic? What are you prioritising now?