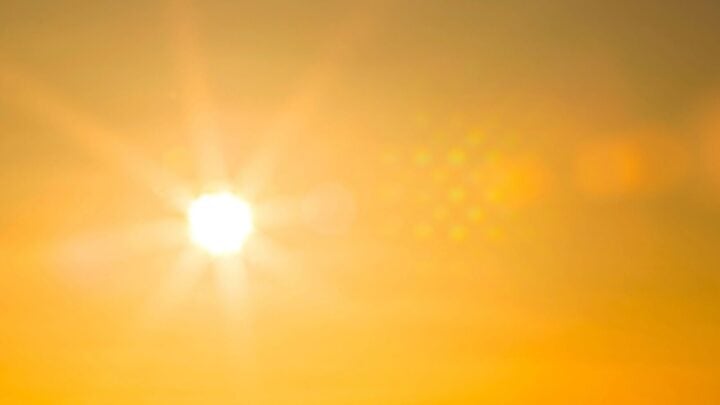 Hot days are on their way according to BOM. Source: Getty.

Summer has come early this year, with Australians being warned to brace for severe heatwave conditions in the coming days. Temperatures are set to soar across large parts of the country, from Australia’s north-west all the way through to the south-east.

New South Wales is getting ready to suffer some sweltering conditions, with Sydney’s west expecting to see temperatures reach the early-40s, and this Sunday likely to be the hottest November day in five years. But it’s South Australia that’s going to be hit with the brunt of it, with the far north town of Tarcoola getting ready to reach nearly 49C.

For Queensland, the heatwave is expected to kick off on Friday in the west, before spreading across the southern interior over the weekend and reaching the south-east coast by Monday – all before the first day of summer even arrives. And records could tumble as temperatures are expected to reach the mid-40s in many areas throughout the state.

#Queensland braces for another #Heatwave, starting in the west tomorrow, spreading across the southern interior this weekend and reaching the southeast coast by Monday. Records could tumble as temperatures reach the mid 40s. For details visit https://t.co/qiOcreXC3v. #QldWeather pic.twitter.com/z0s4Wm4gdu

Dean Narramore, national meteorologist from the Bureau of Meteorology (BOM), spoke to Channel Nine’s Today on Thursday, saying that the heatwave has been crawling across the country for a few days now, with temperatures in the mid-40s being recorded just hours east of Perth earlier this week.

“The sun has been baking the air across much of inland Australia over the last few days,” he said. “(It’s) moving to South Australia today, it will heat up even further on Thursday and as the trough system moves across the country, it is going to drag the heat through central Australia and into eastern and south-eastern parts of the country in the coming days.”

Narramore added that relief in the form of heavy rain will soon be on its way to help cool everyone off, but people might have to wait a while to feel its full effects.

“We will see the monsoon trough come in and that’s later towards December,” he said. “Even if you have a cooler summer, you will have bursts of heat on and off during the spring and summer season. We should see rains increase across the tropical north towards the end of the year, and widespread showers and storms across the country as we move into the early parts of next year.”

The news comes after Australians were warned by leading experts at the CSIRO and BOM that the next two years are due to see an increase in extreme weather conditions, including hotter days and longer, more severe bushfire seasons. The warning was mentioned in the biennial ‘State of the Climate’ report, which also said the national climate is expected to continue to get warmer and sea levels will continue to rise.

Are you prepared for a heatwave? Do you think it's been hot lately?