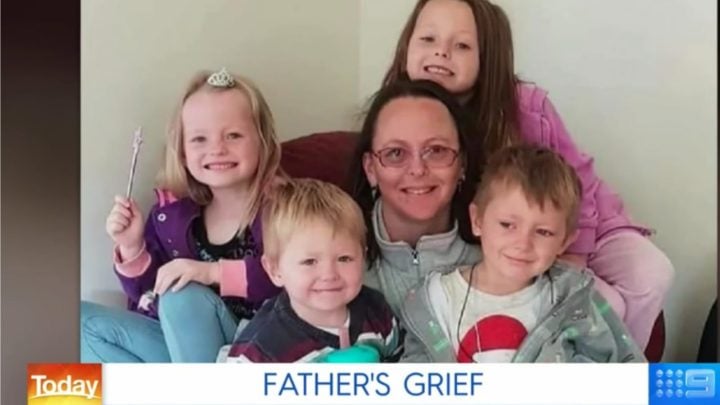 Following the tragic news that his four children died in a fiery road crash in Queensland, the emotional father has broken his silence and remembered his kids as "beautiful souls". Source: Facebook.com/iwakeupwithtoday

Following the devastating news that a woman and four children were killed in a fiery road crash in Queensland’s South Burnett on Monday evening, the heartbroken father of the four children has broken his silence and issued an emotional statement.

‘I love them very much and they will be surely missed with all of my heart,’ their father James Mcleod said in a statement.

There’s also been an outpouring of grief in the local community.

‘Hold your loved ones close. This is a type of accident, a road accident, that horrifies you,” George Seymour, Mayor of the Fraser Coast, told Today.

Another resident told the show: “It’s not been easy. It’s been pretty horrible news knowing that all four kids are gone too.”

Others shared their condolences on social media.

“Absolutely tragic & heartbreaking news,” one person said. “My condolences to all who know the family & five long big hugs for dad. My thoughts are also with the truck driver.”

Another comment read: “Matilda your smile was so beautiful.”

A third added: “Sending love and strength to the Kawungan families and staff. Aaleyn was a delightful child. May she and her family Rest In Peace.”

Do you have a message of support?