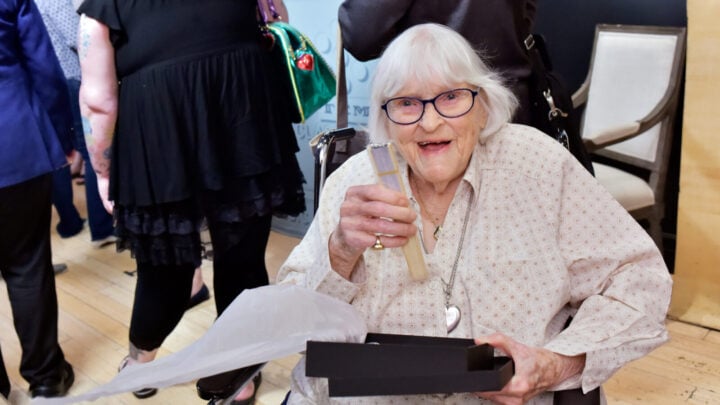 Tompson, who began her career at The Walt Disney Company as a painter in the Ink & Paint Department, went on to major roles within the studio which included working on the 1937 classic Snow White and the Seven Dwarves.

Tompson’s career with Disney spanned nearly 40 years, she retired in 1975 after completing work on the animated film The Rescuers.

Among her many accomplishments which included work on animated classics such as Pinocchio, Fantasia, Dumbo, Sleeping Beauty, Mary Poppins, The Aristocats, and Robin Hood she was also one of the first three women invited to join the International Photographers Union, Local 659 of the IATSE, in 1952.

Several Disney classics have sparked debate recently after streaming service Disney+ decided to include content warnings at the start of films that contained racist stereotypes.

Statement from Bob Iger on the Passing of Disney Legend Ruthie Tompson: pic.twitter.com/pbN2g1SVAk

The Walt Disney Company Executive Chairman and Chairman of the Board Bob Iger described Tompson as a “legend” in a statement.

“Her creative contributions to Disney—from Snow White and the Seven Dwarfs to The Rescuers—remain beloved classics to this day,” he said.

“While we will miss her smile and wonderful sense of humour, her exceptional work and pioneering spirit will forever be an inspiration to us all.”

Disney also took to Instagram to pay tribute to the late animator, captioning a photo of Tompson with, “We are sorry to report the passing of Disney Legend Ruthie Tompson.”

Disney fans were quick to offer their condolences and pay tribute to Tompson with one writing, “111! A legend indeed! May she Rest In Peace.”

“Rest In Peace to a true legend”

“Truly sorry to hear this, but in awe, that she lived such a long, happy, productive life. May her loved ones will always remember her as the awesome woman she was. Only beautiful souls can create this kind of timeless art.”

Born in Portland in 1910, her family moved to California in 1918 and lived a short distance away from the Disney Bros. Cartoon Studio.

Tomspon recalled visiting the studios as a child and getting to know Walt and Roy Disney in her Disney Legend interview in 2000.

“I used to walk by the Disney Bros. storefront,” she said.

“I was curious and snooped around, and, finally, they invited me in for a look. After that, I’d visit quite often.”

“I remember sitting on the bench and watching Roy shoot the animated cels onto film.”

At age 18 Tomspon attended Hollywood High School and took a job at Dubrock’s Riding Academy in the San Fernando Valley, where Walt and Roy Disney regularly played polo. It was there that Walt Disney offered Tompson her first role with The Walt Disney Company as a painter in the Ink & Paint Department.

Last year Disney marked her milestone 110th birthday, during the celebrations she shared some words of wisdom with D23

“Have fun. Try to do as much as you can for yourself. Remember all the good things in life,” she said.

What are some of your favourite early Disney animations?