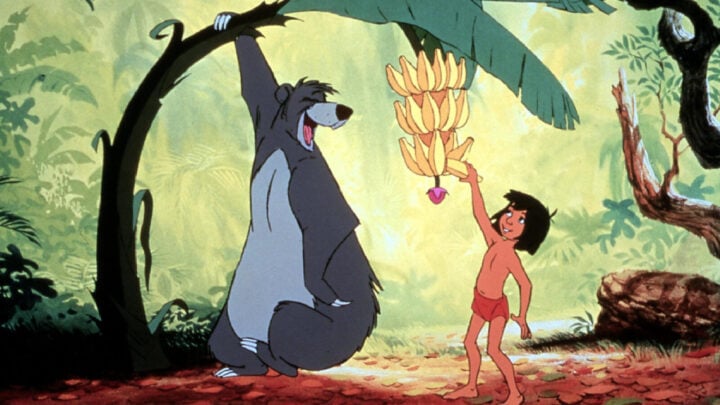 Disney films such as Jungle Book have been put in the spotlight this week, with a new warning added to the beginning of the film on a streaming service. Source: Getty

The much-loved Disney classics have been put in the spotlight this week, after streaming service Disney+ decided to include a new trigger warning at the start of select films addressing incorrect cultural stereotypes.

The message was added to the beginning of childhood favourites including Lady and the Tramp, Jungle Book, The Aristocats and Peter Pan on Friday, warning viewers of the “harmful impact” of these racist views.

“These stereotypes were wrong then and are wrong now,” the warning reads. “Rather than remove this content, we want to acknowledge its harmful impact, learn from it and spark conversations to create a more inclusive future together.

“Disney is committed to creating stories with inspirational and aspirational themes that reflect the rich diversity of the human experience around the globe.”

This updated message is an extension to the original warning which was included on some films in November last year. It initially told viewers that the films were “presented as originally created” and may contain “outdated cultural depictions”.

The Aristocats was highlighted due to its portrayal of a Siamese cat with slanted eyes and bucked teeth, which plays the piano and talks about Asian food. According to The Telegraph, Disney said this portrayal “reinforced the ‘perpetual foreigner stereotype'”, and “features lyrics that mock the Chinese language”.

Meanwhile, Peter Pan was slammed for depicting Indigenous people as those who speak in an “unintelligible language” and referring to them as redskins.

“Peter and the Lost Boys engage in dancing, wearing headdresses and other exaggerated tropes, a form of mockery and appropriation of native peoples’ culture and imagery,” Disney said, according to The Telegraph.

The message has sparked a wide debate on the topic, with split views on whether Disney had done the right thing. Many people took to social media to share their opinion on the topic and some were not happy.

“I love Disney films, they were innocent and fun, sometimes I feel the problem is with the people who find evil in everything,” @lindabriers1 commented on Twitter. While @SartajSekhon said: “Stop trying to plant weak correlations in our heads. Let me enjoy the good things in peace with my kids.”

And @Deborah79861489 added: “How’s about we just raise our children to fundamentally understand what racism is and how to recognise it, that way when they see it in these circumstances we don’t have to ban them from watching a classic, they can choose what they’re comfortable with themselves.”

However, others were pleased the message had been updated and said the time is right to discuss these films and their potential impact on people.

“Omg Peter Pan is horrible!” @Molly_Eyres wrote on Twitter. “And so sexist! Really, it shouldn’t be shown to kids.”

And @d_kompare said: “I think this is a good approach overall, though better would be commissioning short pieces from media historians and cultural critics contextualising the racism in these representations.”
NewsMedia
Share:

What do you think of the new message? Do you think it was the right thing to do or should Disney films just be left alone?