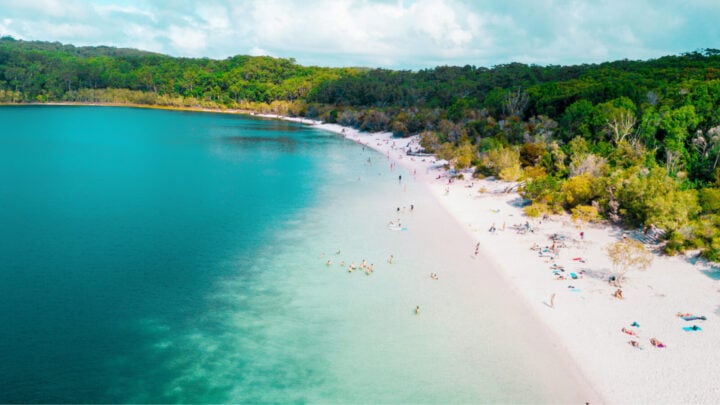 The woman was last seen along the island's Great Walk at around 3.30pm on September 17. Source: Getty (stock image)

Queensland Police have confirmed they are searching for a 73-year-old woman who went missing whilst hiking on Fraser Island on Thursday afternoon. A land and air search was launched yesterday after the woman failed to show up at the end of a walking trail.

The woman, who is said to be an experienced hiker, was last seen at around 3.30pm Thursday on the island’s Great Walk. She was on the island with a group of three friends who, upon realising she was missing, retraced their steps in a bid to find her.

After being unable to locate their companion, police were then notified of the woman’s disappearance at around 7pm last night and a search and rescue effort, including the deployment of a rescue helicopter, was immediately launched. That effort was called off at 10pm last night and resumed again this morning, along with additional resources.

“We’ve been basically utilising every resource that’s available to us so that this has the best possible outcome,” Maryborough Patrol Group Inspector Brooke Flood said on Friday. “We’ve got people on foot, we’ve got people on motorbikes, cars and helicopters.”

Police also confirmed today that the woman has no known health conditions and is believed to be in good health. The missing woman is also believed to have had a small amount of food and water with her.

Flood confirmed that the woman also has her phone with her and, despite the poor reception on the island, was able to send an SMS stating she was lost at around 7.30pm last night. However the battery has not been active since that time.

“We will continue searching until we are absolutely sure that there is no other option,” Flood added. “Our main priority at the moment is locating her safe and well.”

Have you ever visited Fraser Island?