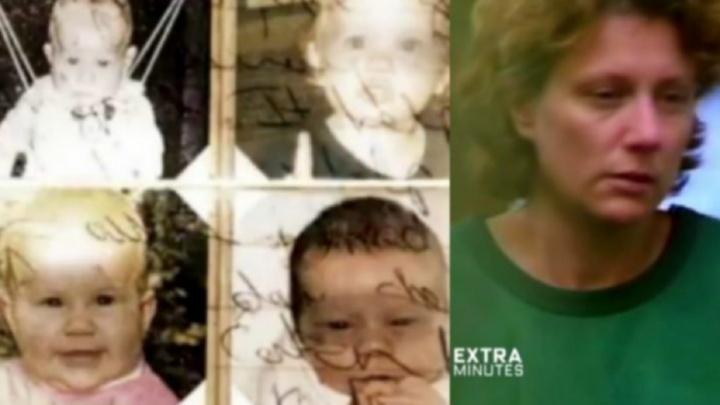 Kathleen Folbigg has remained behind bars since 2003 after being convicted of murdering three of her children and the manslaughter of another. Source: ABC/Australian Story and YouTube/ 60 Minutes Australia

Folbigg, 53, who was once dubbed “Australia’s most hated woman”, has remained behind bars since 2003 after being convicted of murdering three of her children — Patrick, Sarah and Laura — and the manslaughter of another — Caleb. The children, aged between just 19 days and 19 months, were found dead in the decade from 1989, however Folbigg has always maintained her innocence and has said her children all died of natural causes.

Now, a group of ninety experts have signed a petition calling on the New South Wales Governor Margaret Beazley “to stop the ongoing miscarriage of justice suffered by Ms Folbigg” in light of new medical evidence that suggests at least two of her children likely died of natural causes.

“Not to do so is to continue to deny Ms Folbigg basic human rights and to decrease faith in the New South Wales justice system,” the group wrote. “Ms Folbigg’s case also establishes a dangerous precedent as it means that cogent medical and scientific evidence can simply be ignored in preference to subjective interpretations of circumstantial evidence.”

The group said a genetic mutation known as CALM2 was found in Sarah and Laura’s DNA, which can cause sudden cardiac arrest in infants.

“Mutations in this gene are one of the best recognised causes of sudden death in infancy and childhood, both while asleep and awake,” they wrote. “Based on evidence presented to the inquiry and the fresh scientific evidence obtained by the international group of experts that studied the CALM2 mutation, a reasonable person should have doubt about Ms Folbigg killing her four children. Deciding otherwise rejects medical science and the law that sets the standard of proof.”

Terry Speed from the Walter and Eliza Hall Institute of Medical Research, who singed the petition said: “I signed because I accept the proposition that the mutation in the CALM2 gene shared by Sarah and Laura Folbigg is likely pathogenic, and so provides a reasonable explanation for their deaths, which in turn leads me to believe that there is reasonable doubt that their mother killed them.”

Lisa Eckstein from the University of Tasmania added: “The eminence of the scientists who have signed the petition, as well as the peer-reviewed nature of the publishing journal, speaks to the quality of the data that has been generated. In my mind, this should be adequate to reassert the presumption of innocence. It also speaks to the need for systematic efforts to incorporate whole-genome sequencing into legal cases of this nature in the future.”

It comes following a 2019 inquiry led by Justice Reginald Blanch, in which he concluded he did not have “any reasonable doubt” as to Folbigg’s guilt.

“It remains that the only conclusion reasonably open is that somebody intentionally caused harm to the children, and smothering was the obvious method,” Blanch said at the time. “The evidence pointed to no person other than Ms Folbigg.”

Have you been following this story over the years?