Shock verdict: 21yo walks free after torturing 70yo man he lured on Grindr 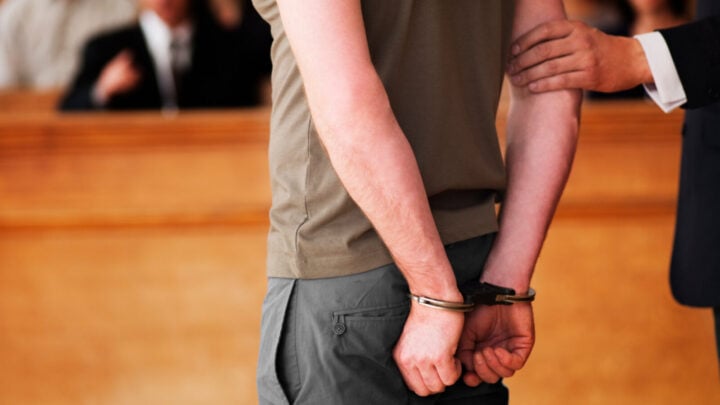 A 21-year-old who tortured a 70-year-old man he lured using Grindr is being released Wednesday. Source: Getty

In what could be the most bizarre story you’ll read today, a “vigilante”, who tortured a 70-year-old man he lured using dating app Grindr, is set set to walk free – with the judge referring to him as “a remarkable man”.

In February last year, Charlie Michael Edward Caire had allegedly been taking drugs when he set up a fake Grindr dating app profile in order to lure the 70-year-old to a house where he then detained and tortured the man in a drug-frenzied haze. The 21-year-old pleaded guilty to numerous offences, including false imprisonment, aggravated blackmail and aggravated assault.

Caire faced the District Court of South Australia on Tuesday. According to ABC News, prosecutors described the full details of the torture, which involved a “horrifying array of weaponry” including an electric drill, a taser, a gas lighter, a pair of secateurs and a knife. The court heard the victim was injected with a needle that Caire said contained Aids and told “there’d be consequences” if he did not hand over $5,000.

Judge Liesl Chapman described it as “a brutal attack” on a “vulnerable” victim who she said was “terrified”. Despite the extent of the gruesome torture, the judge sentenced Caire to five years and six months in prison, with a non-parole period of two years and 10 months. The sentence was backdated to February 2020, when he was taken into custody, while the rest of the sentence was suspended.

Caire will be released from the Mount Gambier Prison on Wednesday to travel to the District Court in Adelaide to sign a three-year good behaviour bond.

The court heard that Caire had begun a downward spiral after the death of his father, the loss of his job in sales and the end of a four-year-long relationship, which all rattled him deeply.

The judge ultimately came to agree with the defence, who had presented the details of a troubled young man who had overcome a variety of life’s adversities and had chosen to act as a “vigilante”. Caire allegedly wanted to “teach [the 70-year-old] a lesson” as he had been told the man had sexually assaulted his friend’s younger brother, and was carrying out the torture as an act of “vigilante justice”. The court heard that the allegation of sexual assault had not been reported to the police.

The judge noted that Caire had since started training to become a youth worker in order to protect children, and commended him for “making positive contributions to the community”. She said he was a “remarkable” young man, who had overcome great adversity in his life.

“You have shown courage, strength and resilience during a childhood which no child should have to endure,” she said. “You started training to become a youth worker because you wanted to protect children. Despite all the adversity in your life, you were managing very well, you were doing more than keeping your head above water, you were making positive contributions to the community and were taking positive steps along a clearly defined path.”