‘I was really disturbed’: Andie MacDowell had panic attack on all-male set 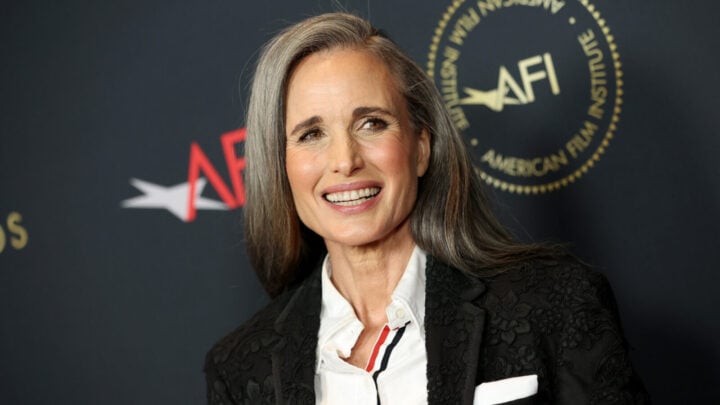 MacDowell revealed that the experience had impacted her and that she frequently found herself looking for female comfort on set. Source: Getty

Andie MacDowell has opened up about a past on-set experience that caused her considerable panic.

The Groundhog Day actress admitted to Marie Claire that she’d had her “very first panic attack” on a set in 2016 after realising she was the only woman surrounded by “a sea of men”.

“I had this kind of crazy experience, right after Trump got elected,” MacDowell revealed.

MacDowell admitted she was particularly sensitive at the time, given Trump’s recent misogynistic comments at the time.

“I was really disturbed that nobody seemed to care about the vagina[-grabbing] comment; I had gotten really sad,” she said.

“I went to do a job, a day’s work, and I had my very first panic attack. I was getting ready to shoot something, and I turn around and it’s, like, a roomful of men. Like, a sea of men. It flashed on something that was personal for me. And I dropped to my knees.”

MacDowell revealed that the experience had impacted her and that she frequently found herself looking for female comfort on set.

“I left the room, and went into this fake bathroom on the set, and looked at myself in the mirror and said, ‘Get your shit together.’ It just freaked me out, not seeing any other women,” she said.

“It’s not that I have anything against men. I don’t! I just don’t like big groups of them. Since then, I’ve become very conscious of looking around and finding the women on set. For comfort.”

The actress admitted the recent #MeToo movement had been a defining moment for her in the workplace.

“MeToo has been interesting—you do see the difference on set. There are a lot more women,” she said.

MacDowell recently starred in the Netflix drama series Maid, alongside her daughter, Margaret Qualley, where the mother-daughter duo played just that – a mother and daughter.

The series drew inspiration from American author, Stephanie Land’s novel, Maid: Hard Work, Low Pay, and a Mother’s Will to Survive and follows the heart wrenching story of a young unmarried mother attempting to flee an abusive relationship so that she can support herself and her young daughter.

The series’ mother and daughter have a strained relationship as Alex tries her hardest to save her mother from herself and her money-hungry partners who plan to take advantage of Paula’s vulnerability.

The series made its Netflix debut on October 1, 2021 and has since been nominated for a number of esteemed awards including Best Miniseries or Television Film for the 79th Golden Globe Awards and winning the award for Adapted Long Form for the 74th Writers Guild of America Awards.