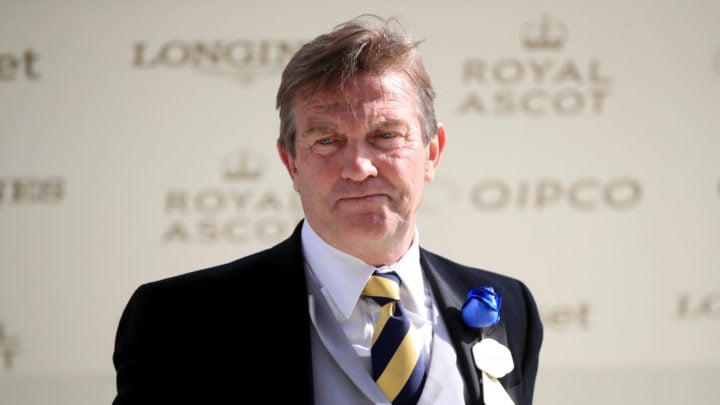 The Chase host Bradley Walsh said after turning 60, he decided he needed to change his life around and focus on his health. Source: Getty

The Chase host Bradley Walsh said he was warned by doctors he could die of a heart attack if he didn’t lose weight immediately, admitting he was essentially a “time bomb” just waiting to go off.

The 60-year-old, who plays host of the UK version of The Chase, has been forced to give up alcohol and fatty food and get back to a strict exercise regime in order to cut his chances of dying from heart failure, just like his dad.

Speaking to The Sun this week, Walsh spoke openly about his battle with his weight and how turning 60 last month really set the warning alarms off that he needed to take care of his health, if he wanted to live a long life. Reaching 60 was a milestone for the television host and since then he’s been working hard to reduce his cholesterol and focus on healthy eating.

“I was a time bomb, I was quite lucky in regards to the calcium test but my doctor said I produce too much cholesterol. It’s a silent killer,” Walsh told The Sun. “And this was literally just prior to lockdown. Then lockdown hit. I got on the scales and saw I’d hit 14 stone, 9 pounds (94.6 kilograms), the heaviest I’ve ever been. I was really quite big.”

It was a wake up call to the father-of-two that he needed to get back in shape and this meant cutting all alcohol and fatty foods from his diet and exercising regularly. So, while other people have been pigging out in the coronavirus lockdown, Walsh has done the opposite.

“People can look really healthy on the outside and on the inside, you don’t know what’s going on. More than half of it is down to your DNA, down to hereditary factors, so the day after my birthday on June 14, I started watching what I eat,” he told The Sun. “I stopped drinking immediately because of all the hidden sugars, started eating more fruit, vegetables, salads and fish.

“I’ve stopped eating cakes, breads, pasta, and we got a puppy,  a Shiba Inu called Lulu – not after the singer – which has been brilliant because she’s got me out walking every day now.”

Walsh is best known for his hosting duties on the popular ITV quiz show The Chase, where he stars alongside a group of quiz masters as they try to beat contestants in answering general knowledge questions. And recently he was left blushing over Anne Hegerty, who’s also known as ‘The Governess’, after she cracked a couple of rude one-liners.

Anne, who also appears on the Australian version of the hit show, made the X-rated comments during an episode of new quiz series Beat the Chasers recently, as host Walsh introduced contestant Joel, who plays American football.

The Governess quizzed Joel on his sporting prowess, asking the student what position he plays, to which he answered that he was a “wide receiver”, reports The Mirror. Never one to miss an opportunity to inject some humour, Anne then quipped that she herself has “been described as a wide receiver”.

Viewers of the show were left in hysterics over Anne’s comments, with many taking to Twitter to commend the TV star on her sense of humour. One person wrote: “Absolutely fabulous I was nearly a burden to the NHS at the wide receiver / tight end quip I choked on my Revel.”

Are you a fan of The Chase? Have you ever struggled with your weight?