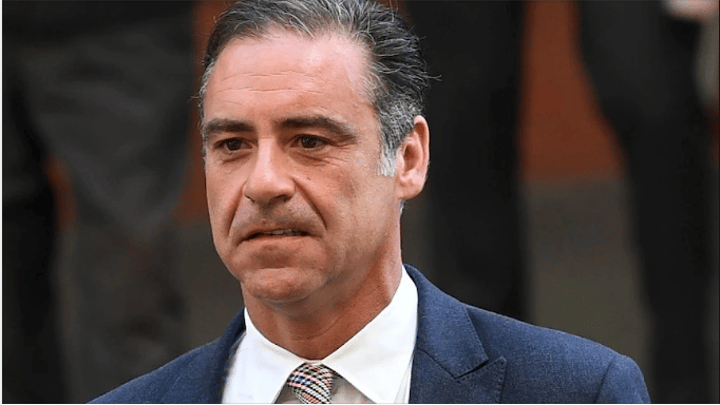 Former television game show host Andrew O’Keefe has been granted bail on the condition he immediately attend rehab after his previous bid was denied.

O’Keefe was granted his freedom at the Supreme Court on Monday, May 23, and will be released from Dawn de Loas Correctional Centre at Silverwater after being held in custody since January.

The 50-year-old is being charged over the alleged assault of a woman in the Sydney CBD, with police alleging a man grabbed the woman by the throat, pushed her to the ground and punched her after an alleged argument.

“A verbal argument ensued between the pair, before the man allegedly assaulted the woman — grabbing her by the throat, pushing her to the ground and punching her,” a police statement said.

“The man allegedly assaulted the woman a second time — punching and kicking her — before she left the unit.”

A 50yo man is due to appear in Central Local Court tomorrow on six charges over the alleged assault/choking of a woman in the CBD on Tuesday. https://t.co/sUIMRHqMuK

O’Keefe has been fighting for bail since his arrest, with sources close to the former White Ribbon Foundation ambassador telling The Australian they fear for his safety as he is in need of “urgent mental health treatment”, which is not offered inside a prison.

Justice Robertson Wright made the decision to deny O’Keefe’s bail on Tuesday, March 8 despite Defence barrister Arjun Chhabra telling the court O’Keefe had been experiencing alleged bullying from Corrective Services Officers and was “surrounded” by bikie gangs, as reported by news.com.au.

“The problem is, a long-standing substance abuse disorder like that, having moved from cocaine to ice is a very serious matter,” Justice Wright said.

“Were a longer proposal to be put forward, I think the case for release on bail would be significantly approved.”

O’Keefe recently became agitated in the courtroom after hearing his bail application was denied and proceeded to explode in court, screaming at magistrate Daniel Reiss for having “no interest in justice”.

Reiss asked the fallen TV star if he was “trying to sabotage [his] own application?”, suggesting O’Keefe had a “significant attitudinal problem”.

The approval of O’Keefe’s bail application comes after the ex-game show host apologised to Magistrate Reiss for his recent outburst in court.

“I do wish to offer an apology unreservedly,” O’Keefe said on Thursday, May 12.

“My behaviour last time was quite disrespectful to the court.

“I come from a family that has experience in the judiciary; my father was a judge, and I know how difficult the job is.”

O’Keefe had been warned by the Magistrate that he would be at risk of being held in contempt of court if he did not apologise for his behaviour.

Reiss has since accepted the apology and no further action will be taken against O’Keefe.

O’Keefe will return to court for a hearing in September.