‘Is it really a problem to ask?’: 82-year-old’s pension questions sparks heated debate 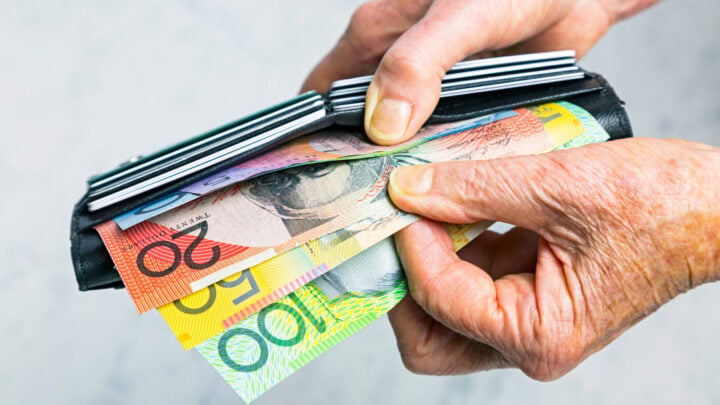 An 82-year-old has sparked a heated debate after asking how he and his wife can receive the Age Pension with almost a million dollars in assets.

Submitting his question to the Sydney Morning Herald’s finance wiz, Noel Whittaker, the senior said he and his wife had a combined assets total of $998,500 in bank accounts and superannuation, they also own their own home.

“My wife is 84 and I am 82. Our combined total assets of bank accounts and superannuation are $998,500,” the anonymous senior began.

“We do not receive any Centrelink benefits but would obviously like to receive some aged pension. We own our own home. Any suggestions?”

The question has been blasted on social media, with many ridiculing the senior for being greedy.

Fancy being expected to use some of your own money to live on when it just might be possible to use money the government collected from some poor overworked nurse or teacher instead.

Boomers hate socialism but want handouts for the rich.

However, others have pointed out that the couple seems to have done their fair share of contributing to tax and that a universal pension would be beneficial.

given the couple likely paid their fair share in tax over the years and potentially did well to save money for retirement, is it really a problem to ask this question?

Umm, I paid like 1.5m in taxes over 15 years, with high marginal rates. What is wrong with supplying universal pension?

I can imagine self-funded retirees feeling that they did the hard yards, planned and saved for their retirement, and then don’t get the benefits that other people (some of whom could have planned and saved!) receive from the taxpayer. They probably feel that it is unfair.

Not greedy to enquire about it as interest on a million is just over 30k per year. Not a lot to live on. But at their age they could probably afford to spend a little of the principal.

Finance guru Whittaker responded to the senior’s question, saying the best way to get the age pension is to give away $10,000 a year, with no more than $30,000 over five years, “or by spending the money on renovations or travel”. However, he pointed out that the move may not be “worth the effort” as “a reduction in assets of $100,000 to get you about $7800 a year in pension”, taking over a decade to get the money back.

In order to determine how much of the Age Pension you’re eligible for, Services Australia looks into all forms of income, including superannuation, to make sure you don’t earn above a certain amount.

Singles can earn a total of $190 a fortnight (roughly $4,940 per year) before their pension rate is affected. Anything over $190 will lead to your pension being reduced by 50 cents for each dollar over the limit.

Couples can earn a total of $336 a fortnight (about $8,736 per year) before the pension rate will be reduced by 50 cents for every dollar over.

Your Age Pension will be completely cut off if your earnings exceed the below amounts:

Services Australia offers a work bonus on top of the Age Pension, where pensioners are able to earn up to $300 a fortnight per person from working. The work bonus is not included in the income test.

The asset test includes an in-depth look at anything you own in full, part or hold interest in that has monetary value, both held outside of Australia and including debts owed to you, including:

If you’re single, your assets are limited to a total of $280,000 if you’re a homeowner, or $504,500 if you don’t own your own home, before penalties apply and your pension rate is reduced.

For couples, assets must be less than a combined total of $419,000 for homeowners, or $643,500 if you don’t own a home. This is the same for couples separated by illness and for couples where only one partner is eligible for the pension.

Services Australia will reduce the Age Pension by $3 for every $1000 over the asset limits. You will be cut off from the pension entirely if your assets exceed more than the part pension limit of $901,500 for homeowners, or $1,118,000 for non-homeowners.

You can find out more on how to get the age pension here.