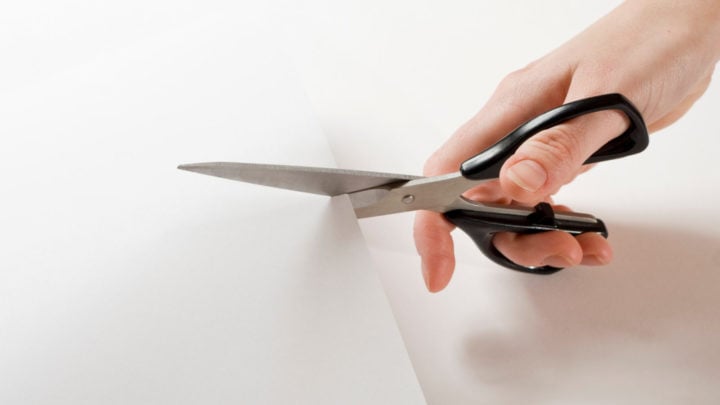 NAB makes yet another cut that leaves customers high and dry. Source: Getty.

National Australia Bank (NAB) unexpectedly cut interest rates on its savings accounts this week for the second time in just three months, but savers have been offered some hope that the other big banks may not follow suit.

Paul Marshall, CEO of financial comparison site RateCity.com.au, said NAB’s decision to make an out-of-cycle rate cut on savings accounts would “stir the market” because the Reserve Bank of Australia hadn’t cut the official cash rate since its 0.25 per cent reduction in October. That 0.25 per cent cash rate cut reduced the official rate to 0.75 per cent.

“It’s a disappointing move from NAB to drop savings rates out of cycle, especially since the bank cut rates on these accounts by a quarter of a percent in October,” Marshall said. “For savers, this will be a bitter pill to swallow and many will be left wondering why they’ve had to endure yet another cut when rates were already close to zero.”

NAB now has the lowest interest rates on standard savings accounts out of the Big Four banks, with ANZ offering 1.6 per cent, Commonwealth Bank of Australia (CBA) on 1.65 per cent and Westpac 1.66 per cent.

RateCity.com.au’s Research Director Sally Tindall said, however, that ANZ, CBA and Westpac were likely to hold off on cuts of their own while they waited for the RBA’s next rate decision, due on February 4.

“It’s possible that if the RBA cuts the cash rate again, NAB may not cut its savings rates by as much as the other Big Four banks,” she said. “Time will tell.”

According to Tindall, Australia’s big banks are trying to find a balance between the interests of depositors, borrowers and shareholders.

“What it does illustrate is the importance of staying across your savings account interest rates,” Tindall added. “All four big banks are currently offering rates below inflation, however, there are better deals out there if people are prepared to shop around.”

The rate cut by NAB came days after neobank Xinja, which officially opened its doors in September, announced its “string-free” Stash savings account with a 2.25 per cent ongoing interest rate up to a $245,000 deposit limit. The account has no introductory payments, no minimum deposits and no mandatory regular top ups.

Xinja founder and CEO Eric Wilson said the completely digital bank was nothing like existing banks.

“The same day we got our full banking licence, we offered customers a fee-free transaction account, and this is the next step for us, a savings account with a ripper rate,” Wilson said. “We’ve been building a bank, from scratch, guided by our customers, that offers a very different banking experience for Australians.”

Are you a NAB customer? What do you think about the newest cuts?