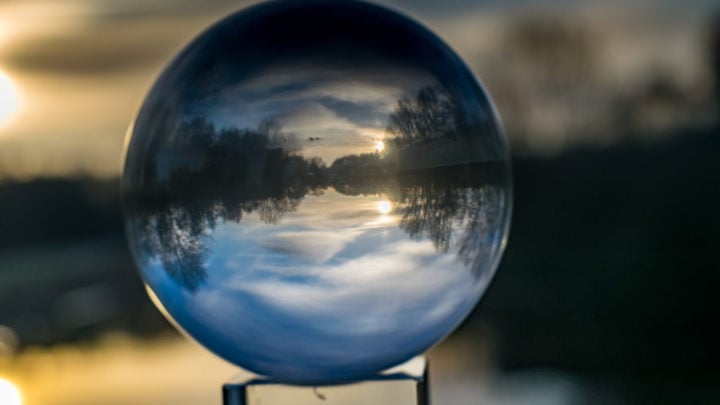 There's no crystal ball that predicts the future of the market, much to the dismay of current investors. Source: Pexels.

Markets (as defined by the ASX200) are up about 115 per cent since their lows back in March 2009. Yet so many have wasted this run by sitting on large allocations of cash year after year, predicting imminent doomsday scenarios for markets for close to a decade.

Of course, I don’t have a crystal ball and I’m not making any judgement about whether markets will continue to go higher for many years to come, or there’ll be a crash tomorrow.

I’m making a point about what has been a lot of bearish sentiment year after year, despite an ongoing bull market. Many investors have been more focused on trying to pick the next crash than focus on investment decisions more evidently within their control.

I think there are three reasons why so many Australian investors focus so much on trying to pick the next crash. These are:

Yes, losses are powerful, but crashes do occur from time to time and we can’t let losses derail our long-term investment strategies.

3) People focus on trying to pick the next crash because if you keep saying it enough eventually you’ll be right. Like a broken clock, at some point it’ll be correct. Someone will be right eventually as corrections actually occur most years and crashes (despite not being as frequent) historically occur from time to time too.

But be warned. As Howard Marks once said: “Being too far ahead of your time is indistinguishable from being wrong”.

Yes, there’s negative views out there, and there’s plenty of noise. Right now some people are forecasting the US could be entering a recession.

Well, at some point there will be a recession, so if you keep saying it enough you’ll be right eventually. But what gets little attention is that there’s also been positive news out there, stats that show the US is at a 50-year low for unemployment. Yes, a 50-year low!

It’s also very hard to differentiate between luck and skill with predictions. In football tipping competitions, some of the winners are often people who care very little about the game. They win because they’re lucky. If someone is accurate in predicting the next crash, is it possible to determine if it was genuine skill or they were just lucky?

Diversification is your protection

I don’t have a crystal ball. This bull run may continue, or it may not. To quote the great Howard Marks again, he recently wrote in one of his famous updates: “Whatever we knew in the past about how things worked, I think we know less when rates are negative”.

Diversification protects against an unknown future. Focusing on smart ways to diversify, to lower your fees, invest for your appropriate risk return profile are genuine things that you can control yourself or with the assistance from a service like Six Park, where I work.

I’m not sure what 2020, next month or even tomorrow holds for the markets, but to quote a line from Peter Lynch that I love: “Far more money has been lost by investors trying to anticipate corrections, than lost in the corrections themselves”.

Are you a bull or a bear on the current market?