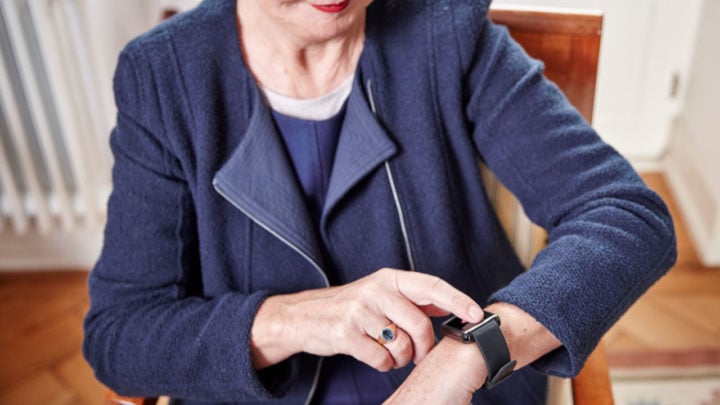 The 'Key Performance Measure set by the Department of Human Services is to process applications within 49 days. Source: Getty.

It’s a topic set to touch the nerves of older Australians across the country, as many pensioners have experienced first-hand the frustration of waiting to receive their pension payments after submitting their applications once they’ve turned 65.

However, new data provided by the Department of Human Services showed that almost half of all pension applications received last year were not processed within the timeframe set out in their Key Performance Measure standards.

According to the federal department, their Key Performance Measure (KPM) standards are to process 80 per cent of applications within 49 days.

The information came to light earlier this month in response to Senate Estimates questions on notice, after Senator Murray Watt asked the department, “How many applications, from the time of the first submission of an application being lodged and the approval of a payment or rejection of an application, have taken more than 26 weeks’ (six months) during a supplementary budget estimates hearing last October?”

According to the response, the majority of claims received in the 2017-18 financial year did meet KPM standards, however a total of 61,460 applications for the Age Pension, which equates to 48.5 per cent, fell outside of that time schedule.

Other data published online showed that, between July 1 and October 31 last year, a total of 9,899 Age Pension claims were older than 26 weeks when they were completed – where ‘completed’ refers to the approval of a payment or rejection of an application. While there were also more than 21,800 Age Pension claims ‘on hand’ as of October 31, 2018.

However, according to the department, the median – which is the value separating the higher half from the lower half of a data sample – number of days taken to process Age Pension applications was just 49 days.

Starts at 60 readers have had mixed experiences when applying for their Age Pension, with some reporting very short wait times of less than 30 days before they received their first payment. However, others have had to wait months to receive their pension entitlement, with Neil and Kathy Ward telling us they waited a total of eight months before the payments started coming in.

Anne Bedford waited just a matter of days before she received her first payment, telling us: “It was a very smooth process for myself. A part payment was made within days of applying for the Age Pension. I then received my first full pension payment in a fortnight.”

While Robyn Bridger also experienced no issues with her application, telling us that the transition from the disability pension to Age Pension was simple.

However one reader, commenting on a post shared by Starts at 60 on social media, said they found the process “absolutely demoralising and stressful” after waiting more than six months to receive their pension.

And Allan Morse said he resorted to contacting his local Victorian MP Sarah Henderson for help speeding things along, having waited three months already, adding that her intervention resulted in the commencement of his payments within just three days.

Read more: ‘Desperate’ pensioners forced to wait up to 10 months for payments.

Last year the Department of Human Services advised would-be pensioners to submit their paperwork more than three months before their 65th birthday, in a bid to “minimise the risk of delays”.

At the time, Department of Human Services general manager Hank Jongen told Starts at 60 that applicants can play a role in ensuring their pension claims are processed in a timely manner, advising people to submit their paperwork as early as 13 weeks before they reach the pension age.

“Age Pension claims can be more complex and take longer to process than some of our other payments,” he said. “Many claimants have complicated financial affairs, and we need to review a wide range of information, including family or business trusts, investments, superannuation, real estate assets and inheritances against the income and assets test.

“Delays occur if applicants fail to provide all of the required supporting or most current documentation when lodging their claim, or where requested as the claim is being assessed. Nearly 60 per cent of rejected claims are because the applicant failed to respond to requests for additional information or documentation.

“To help minimise the risk of delays, people are encouraged to lodge their claim up to 13 weeks before they reach Age Pension age (65 years and six months).”

What are your thoughts on this story? How long did you have to wait for your Age Pension after applying?