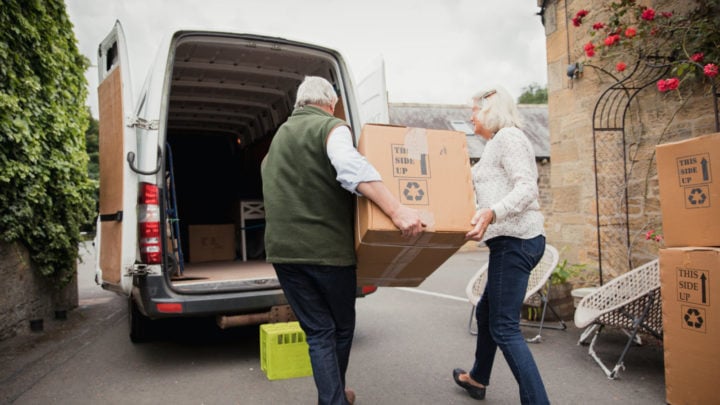 A new study has revealed over 50s with kids are happier but only when their children have moved out of home. Source: Getty

Children are considered one of the greatest blessings in life, so it probably comes as no surprise that a new study has claimed kids make parents happier. However, this improvement in mental health and wellbeing is apparently not felt throughout the whole of a child’s life, with researchers revealing it’s when the kids move out of home that happiness really spikes.

The study, published in the US National Library of Medicine National Institutes of Health, discovered those with offspring tended to be more content with life, just as long as they no longer lived at home.

As part of the research, 55,000 people aged 50 and over were questioned on their mental health, sense of well-being and their family and social life, with a clear majority claiming quality of life improved when they weren’t living in the same house as their children. In fact, a negative link was discovered with having kids at home – with more people experiencing depressive symptoms.

“We find that children are positively correlated with well-being and lack of depressive symptoms,” the study explained. “However, our analyses show that this overall positive association is due to children after they left home: we find negative effects for the number of resident children.”

Many parents probably agree that bringing up kids is stressful, with competing demands wreaking havoc on mums and dads who dream of having some down time on their own. As kids age, these demands are meant to die off, but with adult children staying at home for longer nowadays it’s no surprise wellbeing is being affected.

“The results suggest that the finding of a negative link between children and well-being and mental health may not generalise to older people whose children have often left home already,” the study added. “As stress associated with balancing the competing demands of childcare, work and personal life decreases, once people get older and their children leave house, the importance of children as caregivers and social contacts might prevail.”

The new study’s release comes just weeks after another group of researchers revealed things have taken a drastic turn away from when Baby Boomers were young, with young adults these days choosing to live under their parents’ roofs for longer than ever. Data compiled by the Household, Income and Labour Dynamics in Australia (HILDA) Survey found that around half of Aussies aged between 18 and 29 are still living at home with mum and dad, with young men more likely than young women to make the most of their parents generosity.

A whopping 56 per cent of men and 53 per cent of women were perhaps unknowingly making their parents unhappy by staying under the same roof in 2017, with the rising house prices and declining marriage rate to blame for the massive change in trend.

Speaking about the newly released data, Director of the Australian Institute of Family Studies Anne Hollonds explained unlike 20 or so years ago, young adults are finding it increasingly difficult to land full-time employment, making it harder for them to afford to rent, let alone purchase their own property.

However, this still seemed like an odd concept for many who packed up their bags and started to live independently at the age of 18 or 19. Reflecting on his young adulthood Elliott exclaimed: “I’ve seen people aged up to mid 30s who still get their meals cooked for them, have their washing done, which I do think in-fertilises people. You’re basically kept as being a child. It’s a reality of modern day Australia.”

Do you feel happier since your children moved out of home? How would you feel if your kids still lived under the same roof?