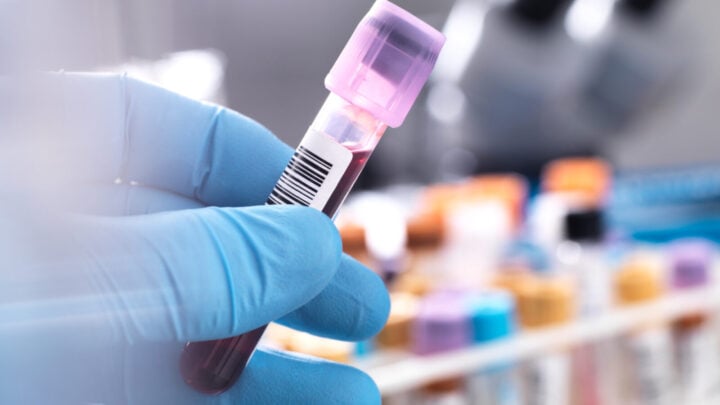 Memory loss is a normal side effect of ageing. But at what point does forgetfulness turn into something more serious, such as Alzheimer’s disease? Well, researchers from Germany and the Netherlands may have found a solution to the question.

Using a blood test, the research team were able predict the risk of Alzheimer’s disease (which is the most common form of dementia) in people who were clinically diagnosed as not having the neurological condition but who perceived themselves as cognitively impaired.

The researchers analysed blood samples from a Subjective Cognitive Declined (SCD) cohort made up of 203 individuals supervised at the Alzheimer’s Centre Amsterdam. Using a test called the Immuno-Infrared Sensor, which was developed at the Ruhr-University Bochum in Germany, they identified all 22 subjects at the beginning of the study who developed Alzheimer’s within six years.

The test also showed which subjects were at very low risk to develop Alzheimer’s within six years. Results were published in the journal Alzheimer’s Research and Therapy on December 24, 2020.

So how did it work? At the beginning of the study, blood samples were taken from all the participants and analysed using the Immuno-Infrared Sensor test that detects misfolding of the amyloid-beta (Aβ) peptide, which is a biomarker of Alzheimer’s. The participants also underwent extensive Alzheimer’s disease diagnostic testing.

“We can now very accurately predict the risk of developing clinical Alzheimer’s disease in the future, with a simple blood test on symptom-free individuals with subjective concerns,” lead researcher Professor Klaus Gerwert said.

“However, we can just as confidently give the all-clear for SCD patients who have a very low probability of developing Alzheimer’s disease in the next six years.”

Researcher Julia Stockmann added, “Through the plasma biomarker panel, we can monitor disease progression over 14 years, beginning in the asymptomatic state with misfolding of Aβ and subsequent plaque deposition of Aβ42 in the brain associated with the first cognitive impairments.”

Alzheimer’s disease affects up to 70 per cent of all people with dementia. Dementia was the second leading cause of death (behind coronary heart disease) in 2018 in Australia, and is expected to affect between 550,000 to 590,000 people by 2030.

Are you excited about this news?