Worth the 36 year wait? Here’s what movie critics are saying about ‘Top Gun: Maverick’ 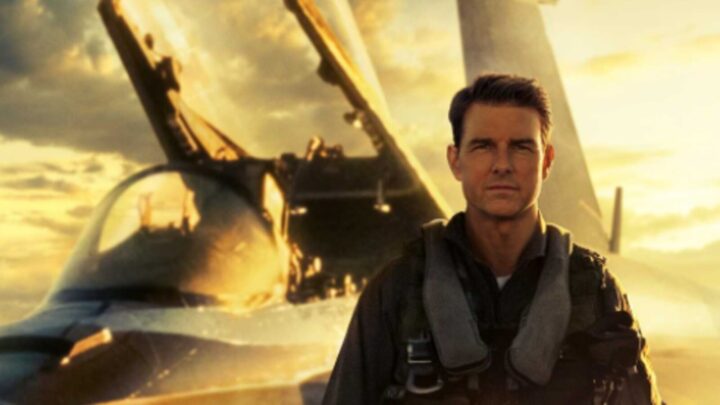 Three-time Golden Globe Award winner Tom Cruise is back doing what he does best, delivering a fast-paced, action-packed film with raving reviews.

36 years since the release of the hit movie Top Gun, Cruise is back in the skies as Pete “Maverick” Mitchell for the “rock’n’roll” sequel Top Gun: Maverick.

Though he may have a few creases around his eyes, the 59-year-old actor is still as fans remember him, and they’ll be delighted to hear that movie critics are raving over the actor’s latest film.

According to CBC entertainment journalist Eli Glasner “What Top Gun: Maverick lacks in subtlety it makes up for with stunning cinematography and flight sequences with actors in the centre of the action…The result is a blend of acting and real aerial footage that is breathtaking.”

Noting that Cruise’s performance and “need for speed” in the sequel puts him “on a pedestal”.

For action movie fans who can appreciate incredible CGI work, CNET’s Richard Trenholm suggests this movie is right up your alley.

“…Almost every shot at least feels like it was done for real. Unlike recent blockbusters (ahem, Marvel movies) which distance you from the action with clearly impossible camera angles and over-the-top CG effects, Top Gun: Maverick uses the visual language of the original,” he said.

Giving the film four out of five stars, the Independent’s Clarisse Loughrey says the blockbuster movie is “the kind of edge-of-your-seat, fist-pumping spectacular that can unite an entire room full of strangers sitting in the dark and leave them with a wistful tear in their eye,” claiming the sequel is a”true legacy”.

“It’s a carefully reconstructed clone of its predecessor, tooled not only to reflect changing tastes and attitudes, but the ascendancy of its star Tom Cruise to a level of fame that borders on the mythological,” she wrote, expressing how she was “swept up” by the film that was “this damn fun”.

Phil de Semlyen from  Time Out has also given the sequel a four out of five stars, claiming the new film is a “crowd-thrilling sequel that easily surpasses the original”.

“Top Gun: Maverick works because with its insane aerial photography to the fore, and the style-forward Oblivion director Joseph Kosinski a smart pick behind the camera, it never lets go of that simple love of flying,” he said.

But they aren’t the only ones praising the Hollywood actor for his performance.

During the film’s screening at the 75th Cannes Film Festival on Wednesday, May 18, the movie received a five-minute-long standing ovation from festival attendees while Cruise was lauded with a surprise Palme d’Or, the highest price one can be awarded at the Cannes Film Festival.

Top Gun: Maverick follows Cruise’s character, Pete “Maverick” Mitchell, 30 years after his service as one of the Navy’s top-ranking aviators. Maverick is drawn back to the Navy after being called to take charge of training a group of Top Gun graduates for a specialised mission. The ghosts of his past come back to haunt him as Maverick as the new mission demands the ultimate sacrifice from those who choose to partake in it.

Top Gun: Maverick is scheduled for release in Australia this May 25.

Will you be watching the upcoming sequel?