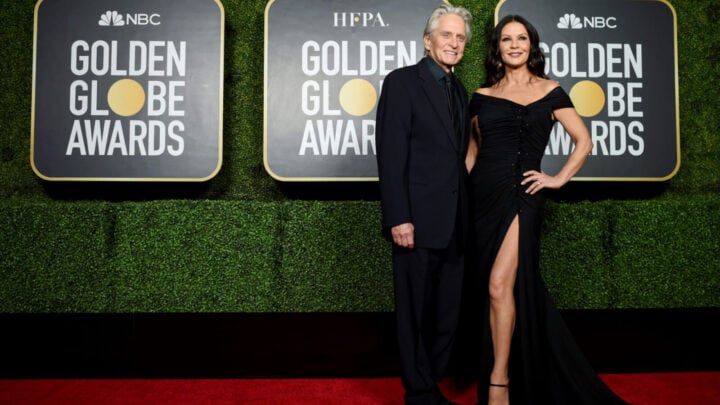 The 78th annual Golden Globe Awards took place on a later date than usual on Sunday night and as a virtual ceremony due to the pandemic. But it was worth the wait, with plenty of laughs, surprises, glitz and glamour on display.

Ever-popular comedians Tina Fey, 50, and Amy Poehler, 49, hosted the event together for the fourth time, albeit from New York City’s Rockefeller Center and Los Angeles’ Beverly Hilton Hotel respectively this time around.

Notable award winners on the night included actress and activist Jane Fonda, 83, who received the Cecil B. DeMille Award for her lifetime of achievement. In her acceptance speech, Fonda called for more inclusion in Hollywood’s storytelling ranks.

The iconic star also recycled her outfit – a tailored white pantsuit with silver heels – after pledging in 2019 to not buy any more new clothes as part of her commitment to raising awareness of climate change. In a recent interview with Ellen DeGeneres, Fonda said, “We spend too much money, we buy too many things, and then we get rid of them. We try to develop our identity by shopping, right? We gotta stop that – stop all this consumerism.”

Actress Salma Hayek, 54, presented the award for best drama to the film Nomadland, which stars Frances McDormand, 63, and is released in Australian cinemas on Thursday. Salma stunned in a classic red gown for the occasion, which oozed old-school Hollywood glamour. She topped off the look with sparkling diamond jewellery and wore her brunette locks out in loose, romantic waves.

Actress Jamie Lee Curtis, 62, presented the award for best supporting actress (in a film) to her “best friend,” Jodie Foster, 58, who won for her role in the legal drama The Mauritanian. Curtis’ look for the awards went viral online, with fans clearly loving her plunging lemon-yellow gown by Australian designer Alex Perry. One Twitter user commented, “Looking great Jamie! Not much has changed since the 80s, has it?”

On the opposite end of the scale stye wise was Laura Dern, 54, who was all business in a black tuxedo-style suit. Dern topped off the look with a thick black choker, red lipstick and some spikey black heels, which added an element of surprise. Dern presented actor Daniel Kaluuya with the award for best supporting actor in the film Judas and the Black Messiah.

Actress Gillian Anderson took home the award for Best Supporting Actress in a TV series for her role as Margaret Thatcher in The Crown. The American actress, 52, impressed Golden Globes’ viewers in an elegant gown in subdued tones by Christian Dior.

Whose fashion ensemble did you prefer? Are you happy about who won?