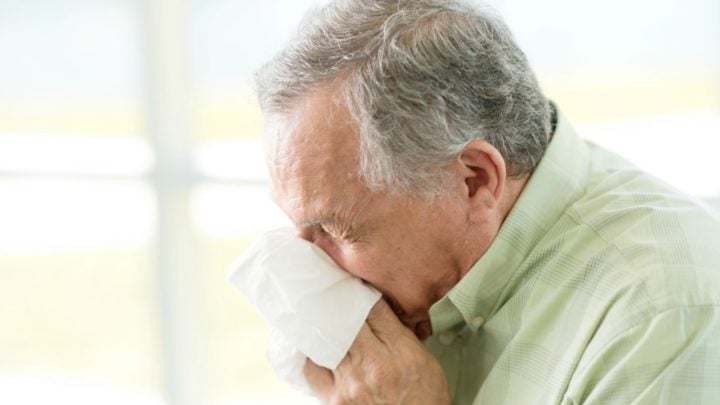 New research suggests the controversial diet may help in the fight against flu. Source: Getty

In simple terms, the keto diet requires people to cut out most carbs and instead live on a diet of protein and fat. The idea is that the body uses fat as its biggest source of fuel, breaking it down into ketones in a process known as ketosis.

As a way of cutting carbs, the keto diet usually requires people to cut out foods such as bread, rice, potato and sugar-based foods such as soft drinks, cakes, lollies and biscuits. In most cases, people are eating less than 50 grams of carbohydrates a day and replacing them with proteins and fats from meat, chicken, fish and eggs, as well as oils, butter and avocado.

But ditching the extra weight is not all the keto diet may be useful for – new research suggests the controversial diet may help in the fight against flu.

The US study published in the journal Science Immunology, and performed on mice, showed that rodents who were fed a keto diet for one week before they were exposed to the flu had a higher survival rate than mice on a high-carb diet. Researchers found that the keto diet caused specific cells in the mice’s lungs to expand, improving their function as a barrier against viruses.

A variety of experts have now analysed the study, with majority suggesting that while the results are fascinating, more research is needed.

Dr Evangeline Mantzioris from the University of South Australia, said: “This study gives us really good evidence about how metabolites from ketogenic diets may be useful. But it is important to remember that this is a mouse model and more research is needed to see if it is also the case in humans.”

Nikolai Petrovsky, from Flinders University, agreed that the results were marginal at best.

“Most of the mice still [died] of infection, and hence this finding is of academic rather than practical interest, particularly if such a diet might increase the risk of asthma and other lung problems due to the increased lung inflammation,” he said.

“So, it is unlikely that clinicians will ever recommend going on a ketogenic diet to potentially slightly reduce the severity of influenza illness.”

Meanwhile, Margaret Morris, from the University of New South Wales, said the results raise a number of questions regarding diet.

“A range of beneficial effects of the ketogenic diet have been described previously,” she said.

“Could diet-induced changes in gut microbiome play a role in modulating response to the virus? Will the effects last? [This is] an intriguing study.”

What are your thoughts on this? Have you ever been on the Keto diet?