Pick a number, any number: The classic mental trap that catches investors 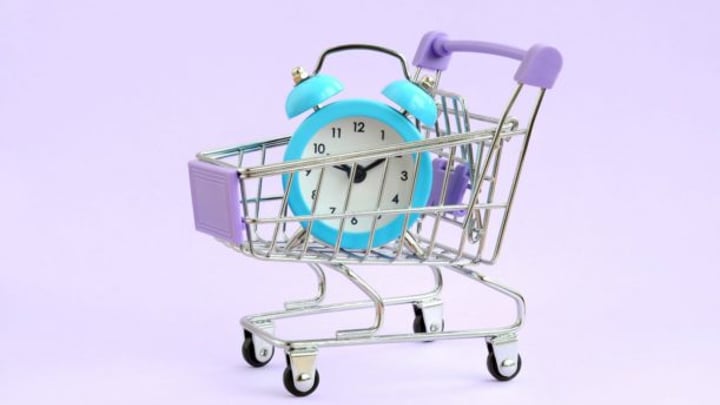 You know those 'limited to X number of items until it runs out' sales? They're playing on your cognitive biases. Source: Getty

All of us, in one way or another, are investors in financial markets, and increasing your understanding of how buy or sell decisions are made is more important than you think.

Possibly the most important thing of all is to understand your own decision-making processes and in particular your built-in biases – we all have them and it is part of being human. The ancient Greek aphorism ‘know thyself’ remains applicable today. To err is human …

In my previous article I commenced the conversation about the cognitive biases we all have when making decisions in a highly complex world. As previously discussed, extensive research has uncovered that we necessarily use mental shortcuts (or heuristics) to make decisions in our day-to-day lives. If we did not use these shortcuts our lives would grind to a halt as we would have to think about all of our decisions for too long.

Unfortunately, these mental shortcuts are also often part of the decision-making process when we invest money. In my first article I discussed a mental shortcut (cognitive bias) called the ‘sunk cost fallacy’. In this article I will move on to another well-worn mental bias called ‘anchoring and adjustment’.

Anchoring and adjustment is a process where individuals base their initial estimates or responses on a single point of information (sometimes arbitrary) and make subsequent changes based on that starting point.  The process is usually subconscious and there has been substantial research in many contexts, including probability estimates, investing, forecasting and purchasing.

In one experiment participants were asked to write down the last three digits of their phone number and multiply it by 1,000 (e.g. 550 equals 550,000). They were then given a 10-minute presentation on facts and figures from the housing market and asked to provide estimates of house prices. The estimates were very significantly influenced by this arbitrary starting number.

Think of how many salesmen will commence a conversation with a customer. They will start with a high price which is meaningfully above fair market value (the anchor) and then adjust downwards with the customer towards the number they always planned to sell at (probably still too high). Customers are unduly influenced by this initial starting price. Exactly the same process occurs with real estate agents. For example, the price of the first house shown to us by a real estate agent may serve as an anchor and influence perceptions of subsequent houses that are presented to us (as relatively cheap or expensive).

Anchoring effects have also been shown in consumer-packaged goods, whereby not only explicit slogans to buy more (e.g. “buy 18 Snickers bars for your freezer”), but also purchase quantity limits (e.g. “limit of 12 per person”) or ‘expansion anchors’ (e.g. “101 uses!”) can increase purchase quantities.

In investing, many of us are influenced by anchors such as the price we paid for the asset or what a broker or analyst suggests as a price target. We can also be influenced by the relative level of financial market indexes, other measures of relativity, valuation multiples and so on. All of these are anchors, which often have nothing to do with market pricing, and can result in us paying too much for an asset or selling it too cheaply. In finance, the output of a pricing model or from an economic forecasting tool may become the anchor for an analyst and they will find it hard to avoid this trap.

All these studies and experiments continue to describe a pattern of human behaviour; even completely arbitrary starting points can end up biasing our numerical judgements resulting in potentially poor decisions. Whatever we are judging, the number we start at often keeps us from reaching the most accurate final answer. This is starting to sound like a classic mental trap. And we all know that one of the most important strategies in avoiding a trap is recognising its existence.

So, what can we do to recognise we are in this trap and avoid the potential consequences?

These are a few of my suggestions to help mitigate the effects of anchoring and adjustment.

Have you ever found yourself making a decision based on an arbitrary number in your head? Or do you have other cognitive biases that you’ve noticed influence your decision-making at times?