‘Is it just me or is there a lack of critical thinking in society today?’ 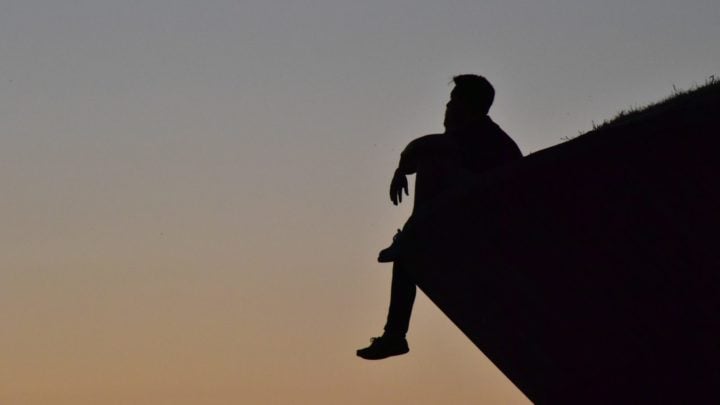 Why does modern society no longer value the kinds of critical skills and approaches of the generalist that was the pole-star for education in the times when Grace and I were coming of age? Source: Pixabay

My Number One son is a scientist. By that I mean he pores over periodic tables, reads Primo Levi, decapitates rats and minutely examines their brain cells. He even understands the basic precepts of quantum physics. As it happens, his father struggled with both Latin and science at high school but those experiences gave him not the slightest hint that the words ‘quantum’ and ‘physics’ could even be linked, let alone have some consequent intergalactic meaning.

On his last visit home, Number One son asked me to read over a thesis proposal he was then writing for his university degree, hoping, I imagine, that he would like me to understand and appreciate what it was that he spent so many long hours doing.

Alas. I can say there were a few words that I recognised — indeed, for a moment I confused ‘synapses’ with an ancient biblical mountain, before realising that the extent of my contribution to his exposition would be limited to suggesting a comma here, a dash there and, perhaps, a capitalisation there.

Both his mother, Grace, and I are very proud of Number One son who seems to be able to combine high marks with a capacity to get along with his peers and supervisors, qualities that over many years we have come to appreciate as necessary handmaidens in an ultra-competitive world.

But, still, we wonder: Where did it come from, this predilection for test tubes and pipettes and Bunsen burners and all the things that his parents spent their school years dodging like the plague. For Grace and I are more bookish types and spent the early years of Number One son’s adolescence trying to push him into similar literary paths, assuming that he was the progeny of both nature and nurture. To which he resisted violently until we gave up.

Grace and I are products of an era that put a premium on what was then called ‘critical thinking’, as opposed to the reviled rote learning of our own parents’ day. As self-applauding critical thinkers we had both come to believe that poring over DH Lawrence and TS Eliot rather than JBS Haldane and Stephen Hawking was the only true path towards the getting of wisdom. And, of course, the getting of a job.

You didn’t have to be a genius to work out that from about the mid-’80s a university medal in French literary deconstruction theory was never going to earn you a crust in pragmatic Australia. Hence the imperative to push Number One son into the more vocational areas of the humanities such as law and economics. But as she eventually told me in exasperation: “It’s his world and his life, and there’s only so much we can do.”

We stopped (gently) interfering in our son’s life, and stopped assuring him that we knew him better than he did himself, and left him to it. Which left us with one happy son and left him with two relieved parents. We’re all the better for it. And so will be, we believe, those unfortunate persons whose neurological issues may possibly be ameliorated by Number One son’s research in this highly complex field.

Yet, a nagging question remains: Why does modern society no longer value the kinds of critical skills and approaches of the generalist that was the pole-star for education in the times when Grace and I were coming of age?

I was given a sharp reminder of this a couple of weeks ago when I was leafing through a recent issue of a metropolitan daily where I had worked for more than 30 years and stumbled upon the blooper to end all bloopers. I regret that I’m too brain-numbed to remember exactly what had reared up from the page, but it was something as bizarre as World War II beginning in 1938 — but you get what I mean?

Now, I have no doubt that the poor sap under whose byline this outrage had occurred did not believe (if we may stay with the caricature) that World War II did begin in 1938, as it was obviously the slip of a finger on the keyboard by an over-tired, over-worked journo. It happens all the time and that’s why newspaper writers in the good old days were supported by a ‘back bench’, other journos, quite invisible to the reader, whose job it was, in effect, to turn grass into lawn by checking facts, checking grammar, etc. In short, doing all the boring things that make newspapers a pleasure to read and not a perplexing experience, such as wondering whether the victorious United States Civil War general was really Stan Grant.

Unfortunately, some eager bean-counter had decided that ‘quality’ was only an asset to be esteemed in the eye of the beholder and that serious money could be saved, on a hard-nosed cost-benefit analysis, by ridding the payroll of most of those staff members whose names never appeared in the paper, with a monumental fillip to the bottom line and share price as a quantifiable outcome. With that slash of the cost-cutter’s axe, so ended the working lives of scores of critical thinkers left over from an age that has now vanished into the mists of time.

We’re glad that Number One son ignored his parents and embarked on a career that seems to be immune from the shelf-life vagaries of economic theory and political blather, while having real worth and satisfaction in itself. Yet, we cannot rid ourselves of the notion that critical thinking as applied by a true human-being, while it might not have found any financial favour in the hard-bitten world of 2019, must have inherent value worth preserving. His Christmas stocking is still filled with Gary Cooper DVDs, Joseph Heller novels and the creations of those most acute students of the neurological byways of the human psyche, Vincent van Gogh and Joseph Conrad.

Do you find society doesn’t value critical thinkers? Have you children gone down an education and employment path vastly different to yours?