‘The night I had a sleepover with Mick Jagger’ 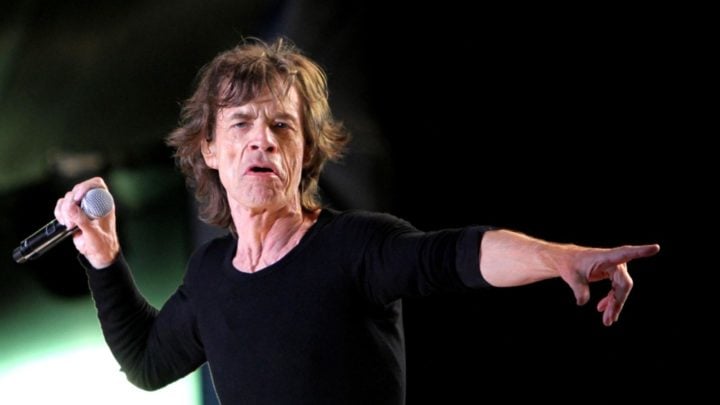 Okay, so not quite what many of you might be thinking, but yes, I slept in the same house as Mick … Actually his house, Stargroves. Why? As a newish recording engineer and de-facto ‘Manager’ of the Island Records Mobile Recording Studio in London back in the early-’70s that’s just what you did as part of the job!

The Rolling Stones – Mick, Keith, Charlie, Bill and the boys – were all staying at Stargroves (Mick’s place) with the specific purpose (apparently!) to do what are called ‘overdubs’ or ‘re-recordings’ of various tracks from what was to be their latest soon-to-be-released Live LP recording It’s Only Rock ‘N Roll.

Basically, they were fixing up any less than perfect singing, guitar riffs, drumming etc. before releasing a ‘Live’ album … Yep, it’s not the first time this has ever happened and certainly not the last!

In the 1970s, mobile recording studios were a very new ‘thing’. It allowed artists to be recorded in studio quality at any location they wanted. Live gigs, at their ‘luxury hideaways’ or anywhere really!

Don’t let the numbers confuse you. Like most endeavours, the bigger the number (tracks in this instance) the better… For marketing purposes, at least!

As a naive Australian kid (I was about 20-something) and with a whole ‘five years of media experience’ in Australia, meeting ‘famous people’ wasn’t such a big deal. Yes, it was Mick Jagger, but hey…

Very early one morning Mr Jagger himself wandered into the mobile studio while I was setting things up for the day and said, “Morning!” (He was always an early riser and fitness fanatic!) I turned around and said: “G’day!”

Mick then immediately said: “Oh and Aussie eh? I’ve been to Australia”, as if I didn’t know he had not that long ago been the lead in the Aussie movie Ned Kelly! He proceeded to tell me about his role as Ned.

In the meantime, breakfast was being served and he said: “C’mon mate, let’s have some brekky” (in a vey pommy/faux Australian accent). It was pretty funny at the time.

Not being a wannabe star follower (there are other less than ‘nice’ names for that), I joined Mick and some of the other guys from our mobile studio for breakfast while the rest of the Rolling Stones slept!

At the time I thought nothing of it. Breakfast with Mick Jagger? Doesn’t everyone? Today though, wow! I wish I had asked even more questions at the time!

Despite a heap of detail revealed about relationships between the various members of the Rolling Stones at that time, it was an amazing experience for a 20-something-year-old and it said a lot about a bloke (Mick Jagger) who came from a pretty ordinary upbringing to being a mega-superstar who at the end of the day was not only very talented, but very smart … He in fact was studying for a commerce degree prior to getting into music full-time!

I have met and worked with a number of celebrities throughout my career and Mick Jagger really was one of the very few real ‘stars’ I’ve had the pleasure of dealing with. There was no bull**** and no pretentiousness, though I suppose sometimes you’ve just got to play the part. He was a very genuine sort of guy.

Go Mick, I love your work! Hope you get well soon from your recent heart operation.

Have you had a celebrity encounter? What was the experience like for you?