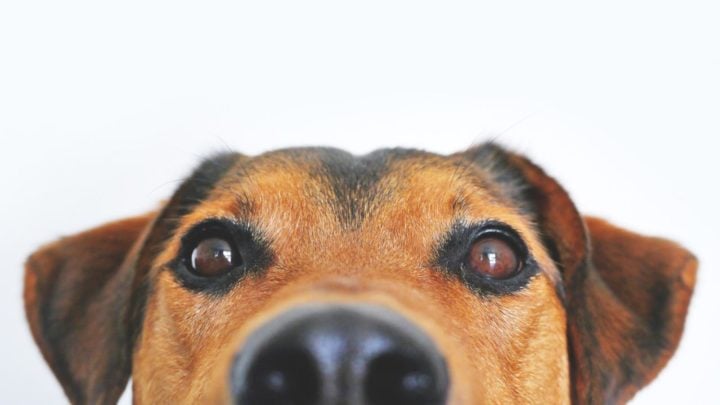 Doing a favour for a friend has become quite costly for Jenny. Source: Pixabay

I have been caring for a friend’s dogs for quite a while – a male friend I might add. There is a male and a female dog. I noticed the female had come into season and so locked her away so as she would not get in pup. Mere Male did not want her to have pups, but at the same time, was a bit reluctant to have her desexed.

All was going well. Both dogs happily separated and no problems at all.

I had to go to Melbourne for the weekend and gave Mere Male instructions on keeping the dogs separated. “All good,” he said. “That sounds easy enough.”

Off I went, happy in the knowledge that I would not be left caring for numerous puppies in months to come. How wrong this was to be…

I duly returned from Melbourne, all refreshed and ready to tackle the daily grind once more. Mere Male was looking very sheepish when I next saw him.

“Oh,” he replied. “I think we are going to have puppies.”

“Well, I let them out for a run together, I didn’t think anything would happen if I was there,” he said.

I mean, how dumb can one be… Dogs don’t mind an audience.

I told him not to expect me to look after any puppies. “I’ll be right with that,” he replied.

Sixty-three days later, whelping time arrived. Because I am a caring person I sat with her while she whelped. Mere Male couldn’t stomach the whelping procedure.

First pup was born without any problem, the second one was also okay. I thought she might have about five pups. By morning there were 12 of the little wrigglers.

It was time to hand them over to their owner. He thought they were cute, but did not realise that Mum now had to eat about five kilograms of food a day just to keep up the feeding of the litter.

“I need more money for food,” I told him. He asked me what I was doing with it all. “A dog couldn’t possibly cost that much”, he complained.

“Just wait until you have to feed the puppies too,” I told him.

Mother dog did not want the puppies, she would not feed them or clean them up. Needless to say I was left in charge of all feeding, cleaning up and making sure all were okay. It was just too much for a poor bloke to cope with.

The puppies are cute, but oh how I need a holiday. I am worn out.

I am now in the process of selling the puppies. I told Mere Male I would be keeping any money I get for them. He didn’t complain about that. First thing will be a trip to the vet with Mum and Dad, they are both going to lose their reproductive organs if they are to stay with me.

I tallied my costs. Desexing, around $600. Vaccinations were around $420 plus $65 each for microchips. It was $85 a week for eight weeks for extra food for the puppies. An unknown amount for time spent on caring for the dear little things… Oh, and costs for taking some of them to new homes in Melbourne. I might just break even.

My advice to all pet owners, get your pets desexed.

Do you have any pets? Have you ever done a friend a favour and regretted it?