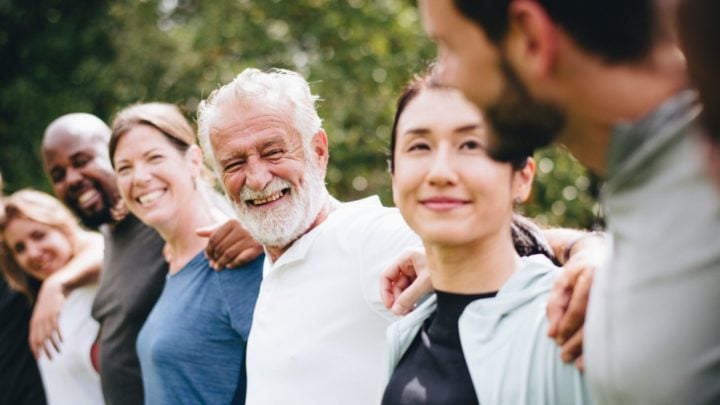 Well, life is meant to be about opposites, isn’t it…? I was sitting one evening recently, reading while listening to music on internet radio. One English station is a favourite; it plays an eclectic range of classics. On that night it broadcast a 1960s take on Tchaikovsky’s 1812 Overture by Stanley Black and the London Philharmonic Orchestra. Black’s score included the bells of a Russian cathedral and the guns of the Royal Artillery and is one of the most interesting interpretations of the 1812 – ever.

While listening I noted, as always with Tchaikovsky, the contrapuntal themes he used so effectively. These raised thoughts about the counterpoints of life, about the differences that make life as interesting as it is.

I do one-on-ones, spending time with people in nursing homes in need of someone both able and prepared to listen. It is an interesting occupation, one in which you can never be be generic in response to what you are told. We none of us live inside a little box isolated from others; we haven’t been cloned from one solitary biological seed. We are individuals. Contrary. Contrapuntal.

Listening to people is one of life’s most acquisitive undertakings. It might seem at times that many people relate a variation on one basic theme — frequent the similarities in what they say — but the point remains that variations exist, some subtle, others more apparent. An individual might experience the same situation as the one who went before but they see it differently, they feel it differently and they tell it differently. For this reason, much as psychologists sometimes compartmentalise feelings and responses, there really are no generic answers to what we are told. It is essential to listen carefully, to hear out every nuance, then tailor a response to the specific need of each. Counterpoint.

Of course we have similarities. We are (generally) created by the coupling of loins. We have blood coursing through our arteries. We breathe oxygen from the air and use it to enrich our blood. We are anchored to Mother Earth by the same gravitational field. These are physiological similarities, the bare bones of what we are as a species. But the counterpoint, from a behavioural viewpoint, is that we are different, like the oft-quoted chalk and cheese.

At times I wonder if the differences between us might create a form of equality. Perhaps, in our difference and in our understanding of that difference, we are the same, after all. As children at school, we were taught that everything fell into categories. There was black. There was white. It was how we were educated. As an example, all of the scarlet on the map represented the British Empire, and it was supreme. Every other culture had its faults. End of debate. And yet, when I arrived home in the evenings, my parents would urge caution: Those are absolutes and make no allowance for variables that actually create change and turn the contrasting black and white into shades of grey. Theirs was an argument to which I could apply no counterpoint!

I’ve gone a little off track, so would like to tell a little story from about age five or six. Our dog, a greatly loved family member, died. I told the church warden that Nipper had gone to Heaven. The warden said no, dogs can’t go to Heaven because they don’t believe. I was upset at that, so turned to the minister. He answered my question with his own question, but it put my mind at rest: “Son, can you imagine Heaven without dogs?” The warden believed he was doing the honest thing by being blunt, providing a black and white answer but the minister had offered a nuance, a shade of grey. Counterpoint!

I mused as I listened to the 1812. I heard the crash of cannons, the sounds of battle, the pealing of the church bells to announce the defeat of Napoleon’s Grand Armee as the piece came to its noisome end, evidently reaffirming that musical art so often parallels that of life. Thank you to the minister and to Pyotr Ilyich Tchaikovsky for offering such outstanding arguments on counterpoint.

What’s your take on this? Do you appreciate the differences in the people around you?