Glenn Miller: Solving the 75-year-old mystery of his disappearance 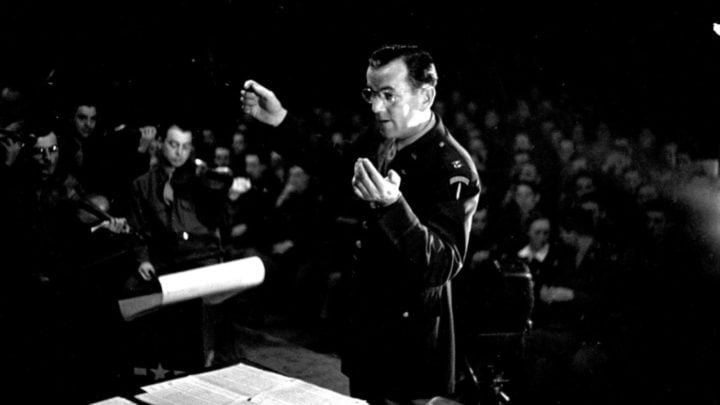 Are we finally on track to find Glenn Miller? What did happen to the famous bandleader? It was a shocking winter day – the weather both foggy and freezing – and the light aircraft should never have taken off. In doing so, it took from us one of the great musicians of the time.

Glenn Miller looked anything but a musician. By appearance, he may well have been a banker or an accountant, but the mild-mannered Iowan was a trombone player who established one of the great swing bands – arguably the greatest – of all time. The band went from success to success in America in the late 1930s with its unique sound and thanks to Miller’s skills as a composer. Many of his tunes remain well-loved to this day. They include ‘Moonlight Serenade’, ‘In The Mood’, ‘Tuxedo Junction’ and ‘Little Brown Jug’, to name a few.

When America joined the war, Miller dissolved his band. In 1942, at the age of 38, he joined the United States military, but was diverted from entering armed service. Instead, he was given a rank and provided the task of establishing music resources to entertain war weary Allied troops, the reason he and a friend strapped into a single-engined aeroplane for a flight to eternity.

It was December 15, 1944. Allied troops had pushed the German forces well back to the east, liberating Paris. Major Miller was keen to fly to the French capital and set up a concert for troops who’d been fighting non-stop since D-Day. A C-64 Norseman, a Canadian bush plane (there were only 12 in the United Kingdom at the time), was made available at short notice. The pilot and his two passengers settled on board at an aerodrome called Twinwood Farm in Bedfordshire, taking off into the fog.

There have been a number of possibilities raised about what happened once the plane flew out of sight, including conspiracy theories not worth repeating. Most of the serious ones can be disproven. One is that RAF bombers returning from an abandoned raid on Germany, jettisoning their weapons load in a designated area, bombed the Norseman out of the sky. Another is that the plane was in restricted airspace and shot down by friendly fire when mistaken by gunners as an enemy aircraft.

There is no direct evidence supporting either theory, but other factors come in to play. The pilot had relatively low instrument time and may have needed to navigate solely by magnetic compass, notoriously difficult, especially if uncertain of the instrument’s calibration. With no external visual reference due to fog, they might have unwittingly flown away to sea before running out of fuel.

This, too, appeared to be disproven when the diary of a teenage plane spotter came to light on, of all places, The Antiques Roadshow in 2012. Back in 1944, 17-year-old Richard Anderton saw the C-64 Norseman flying below the cloud cover, on time and on course. But is this information, too, inaccurate?

The most interesting aspect of the mystery – and one that reintroduces the possibility the aeroplane and its occupants were a long way off course — relates to a trawlerman who, when fishing in 1987, discovered the remains of an aircraft. He winched it to the surface and called Coast Guard, but they thought it might be part of a declared war grave and advised he place it back again on the sea floor. He has since seen photographs of Miller’s plane and believes what he found might be it.

A body that calls itself The International Group for Historic Aircraft Recovery is investigating the story, including the coordinates of the wreck’s location, kept all this time by the trawlerman. If they believe the evidence substantial enough, they may commence a recovery mission. Should it finally answer a 75-year mystery, it will also prove the aircraft was well off course. Twinwood Farm to Paris is east of south, but Portland Bill, off which the wreck was discovered, south-west.

Sadly, whatever the outcome, nothing will bring back a brilliant and much-admired musician. The best that can be hoped is for it to offer his family closure in knowing his final resting place. In the meantime, his musical legacy continues.

Do you remember the tunes of the Glenn Miller Orchestra? Do you enjoy reading about mysteries such as this one?