‘Receiving the Age Pension was like winning the lottery’ 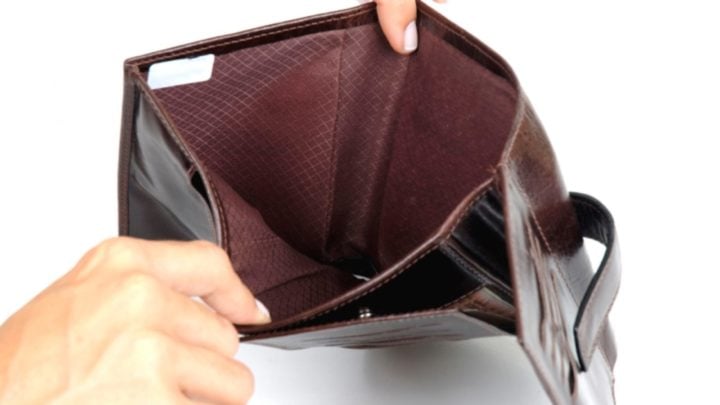 The age pension can make a huge difference to some people's lives. Source: Shutterstock

I’m one of them, one of those hard working Australians who for many reasons is not a self-funded retiree. When I was divorced from my husband last century, he had seldom worked and so along with the loss of my home there was no superannuation to share as I’d done crappy cash jobs just to keep food on the table for the kids. Following that I worked overseas and only got a small amount of super.

Returning to Australia, I had jobs that did not pay super, only getting it in the last 10 years or so of my working life. When I stopped working due to chronic illness, there wasn’t much superannuation accrued. It’s gone paying bills and staying afloat on the $700 a fortnight I received from Centrelink on Newstart/Youth Allowance. Considering that $400 of that princely sum goes to rent, I’m living pretty lean.

Thank God an oily rag is my good friend, and I’m a good budgeter, but as the age of 65-and-a-half came closer, I knew the pension was coming. Now I do my requirements, I work part-time, and do voluntary work. My body just can’t do a full-time job any more. It stops working altogether and I’m back to square one. The pension has been my main income.

I was sent one of those fear-bringing messages on the MyGov system. They are seldom good news, however, this one was. It told me I could apply for the Age Pension. I did. An online form that was quite simple as I have no assets apart from a car and some household stuff. My superannuation has gone and there’s not a lot in the bank, so “here goes” I thought as I pressed send.

After a month of ‘pending’, I finally received another online letter. My heart pounding I thought “what if they don’t give it to me?”, but they did. I start receiving my pension next month.

It truly felt like I had won Lotto, as an extra $300 a fortnight will mean I can pay bills and even eat meat occasionally, and perhaps buy a new dress instead of shopping second-hand. I’d heard such horror stories of others when they were shuffled from pillar to post to get an Age Pension that I had built quite a fear about it.

I realise now the pension is a touchy subject. I don’t feel I am ‘entitled’ to it, but there was no point changing the goalpost as I approached it. If I had married well, been able to gain assets and self fund my retirement, that would have been wonderful. Yet, I couldn’t and by the time I tried to catch up, it was too late.

Many divorced women walk away empty handed after leaving marriages where the main breadwinner has been supported by them while they put their own career and earning capacity on hold. It wasn’t fair then, but we didn’t know then what we know now. Nowadays younger couples (if they are lucky) can plan for retirement — if this is possible with rising mortgage rates and huge student debts.

I feel happy and blessed. It’s a relief not to be sent for jobs I can’t do, in fact I don’t have to get a job anymore. I can rip up that résumé and choose where I want to volunteer. I plan on enjoying my pensioner status and getting on with the next chapter of my life.

Are you receiving the age pension? What was the process of applying like for you?