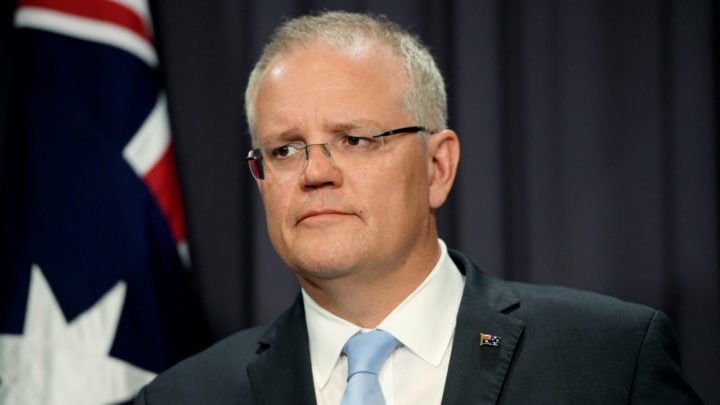 A decision on the temporary supplements will be made following a review in July. Source: Getty.

Prime Minister Scott Morrison said the government needs to be cautious about maintaining the increased rate of financial support for unemployed Australians as it could be discouraging them from returning to work. The Jobseeker payment (previously known as Newstart) was doubled in March to the new rate of $1,100 a fortnight in response to the Covid-19 pandemic.

Speaking to 2GB radio on Monday, Morrison said the government initially doubled the payment in response to the “devastating” but expected spike in unemployment rates, however the situation has now changed.

“What we have to be worried about now is that we can’t allow the JobSeeker payment to become an impediment to people going out and doing work, getting extra shifts,” he said. “And we are getting a lot of anecdotal feedback from small businesses, even large businesses where some of them are finding it hard to get people to come and take the shifts because they’re on these higher levels of payment.”

Jobseeker recipients are now anxiously awaiting the final call on the unemployment benefit as Morrison said he would be reviewing the Treasury’s report on Tuesday and would not be rushed on what he described as a “complex” decision.

The comments come amid speculation that the government is likely to boost Centrelink unemployment rates permanently by a $75 a week. However, Social Services Minister Anne Ruston refuted the claims over the weekend calling them “factually incorrect”.

Many have called for the Federal Government to follow through with the increase, including Shadow Resources Minister Joel Fitzgibbon who told Sunrise on Monday that Jobseeker rates were a problem even before the global pandemic took hold of the economy.

“It is very clear to all in some degree that it’s not sustainable at the old rate,” he said. “We’ll have up to two million people relying on Jobseeker sometime soon, and the old idea that these are all people not prepared to work is now history. These are people, many of them, who have been working and making a contribution and paying their taxes for decades and we can’t leave them stranded on $40 a day.”

Currently, 1.6 million Australians are receiving the Jobseeker payment at its doubled rate. At this point, the scheme is due to end on September 24 and will return to its normal rate of $565 a fortnight however, July’s review is yet to confirm what will happen next.

Meanwhile, the future of the temporary government payment covering employed Australians known as JobKeeper is also up in the air. Morrison spoke to 2GB’s Ben Fordham saying that the review hasn’t yet hit his desk but the government will be making a decision soon.

“We put a whole series of things in place three months ago, and we put them in place for six months,” he said. “Now, most countries didn’t do that, they did it for three months. We did it for six months to give us time and plan out the next step, and that’s exactly what we’re doing now. I think people shouldn’t rush to conclusions about what the government is going to do post September.”