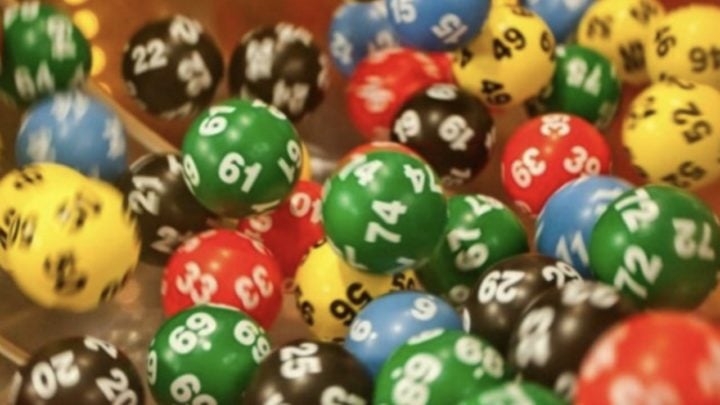 There were three winning tickets, each bagging an equal share of the eye-watering $110 million jackpot. Source: Getty.

The final winners of Thursday night’s eye-watering Powerball jackpot have been tracked down, after the huge $36.6 million prize went unclaimed for four days, triggering a nationwide search for the new multi-millionaires.

A young family from Victoria’s Macedon Ridges came forward on Sunday morning to claim their share of the whopping $110 million prize, after The Lott put out a statement publicly identifying the store where the ticket was purchased in a bid to try and jog people’s memories.

“We’ve all had conversations with a partner or a mate saying ‘if I won the lottery, I would do this, this and this’. Now it’s actually happened,” they said. “Now we can talk about it and it means we can actually do what we said we were going to do. We’re fantasising about the future now.

The family are the last of the three winners to claim their share of the jackpot. The first to come forward was a young man from Adelaide, who claimed he was shaking with excitement after learning he had become a multi-millionaire.

“Wow,” he eventually said after a moment of stunned silence. “Thank you so much! That is incredible. I can’t believe it. I am shaking so much. This is going to change so many lives!”

The winner, who has remained anonymous, explained he did have some ideas as to how he wanted to spend his new fortune, revealing he is planning to shout his family a holiday overseas, potentially a first class round-the-world trip, help to pay off their mortgages and donate some to charity.

A couple from Sydney also pocketed $36.6 million as a result of Thursday’s draw.

Have you ever won the lottery? What would you do if you pocketed a jackpot prize?